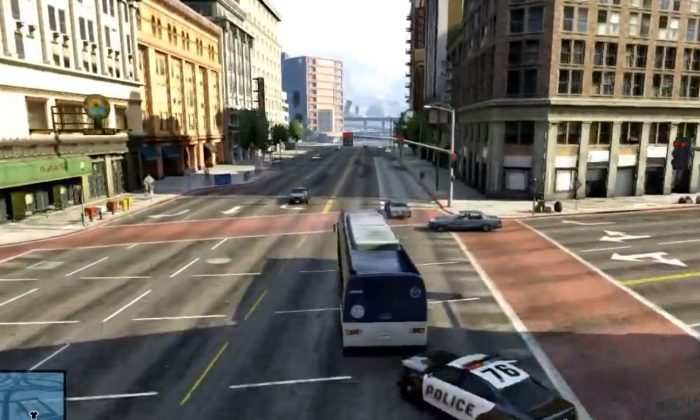 “Grand Theft Auto V”–recently announced for the Xbox One, PS4, and PC–should come to the Mac, some are saying.

Rockstar made the “GTA V” announcement last month during E3, finally reassuring PC gamers that the game will making an arrival there. A petition to get the game to the platform garnered more than 700,000 signatures in less than a year.

According to a recent report, there’s been clamoring to get “GTA V” to the Mac–despite Rockstar never making a “GTA IV” version for the platform.

Another report from MacWorld in June says that there has been rumors saying “GTA V” won’t make it to Mac due to a “capacity issue.”

MacWorld reasoned that Mac users just aren’t as into gaming as PC/Windows users.

“It doesn’t seem fair, but developers go where the money is, and the average Mac user is less into gaming, and hardcore gaming in particular, than the average PC user. (Fair’s fair, really – Apple fans get the good end of that bargain in mobile, where devs almost always bring games – and other apps – to iOS before Android because of the more lucrative revenues to be had),” it said.

However, when the PC edition comes out, it’s likely that it will be playable on the Mac via Windows virtualization software.

Another highly anticipated update from Rockstar is the Heists DLC that’s been delayed.

Rockstar issued a statement about the matter, but did not elaborate when it will come out. Instead, it released the Independence Day DLC during the Fourth of July holiday.

“We know many fans have been eagerly awaiting the release of the Online Heists that we had planned to release for you this spring, and they are taking more time to create than originally anticipated. We are very sorry for the delay, and are working hard to bring them to you as soon as we can,” the company said about Heists not coming out.

Rockstar attempted to ease the frustration of some “GTA Online” players, saying “please know that we are focused as always on making the best possible content for you.”

“Stay tuned for more information on that as well as lots of other ongoing content updates, enhancements and additions to the world of GTA Online that are on the way.