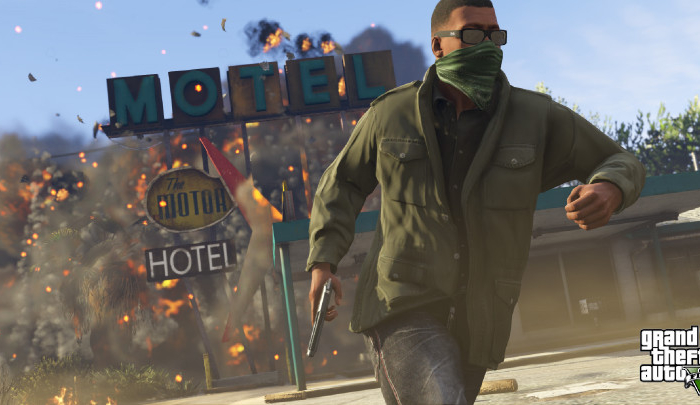 Grand Theft Auto V’s Heists DLC will be rolled out along with the Cops and Crooks DLC, said a noted GTA YouTube leaker.

DomisLive, via his YouTube channel late on Monday, said that “Heists is coming as the next update.”

DomisLive posted a few of the missions that will be included in the update.

They include a county bank heist that entails robbing a “rural bank wearing ballistic armor.” Another is the “ornate” bank heist, which involves getting behind the bank’s counter and hack into the vault before taking it to a drop off location.

The final one he posted involves stealing a cop vehicle on the way to the police headquarters before getting back to the base.

Since GTA V was released more than a year ago, the Heists update has been the most-anticipated DLC.

There’s been a number of leaks and rumors about the DLC this year, but Rockstar finally confirmed that Heists is coming to all four consoles in the next update.

“We know you’re all excited for more Updates to come and we’ve got some really exciting stuff in the works to continue adding to, expanding and evolving the world of Grand Theft Auto Online – including the highly anticipated launch of Online Heists which will be available for all four consoles as the first GTA Online Update to happen after the game launches on PS4 and Xbox One. We’ll have some details on that very soon as well,” the company said two weeks ago in an update.

It added: “We just wanted to say thank you to the awesome and dedicated players that have made GTA Online such a nonstop thrill over the past year on PS3 and Xbox 360 so far. We may have provided the world and the tools, but it’s really you players who have made the Online world as amazing as it has become. We’ve dug up a few bits of Online census info as you can see below that help illustrate that point.