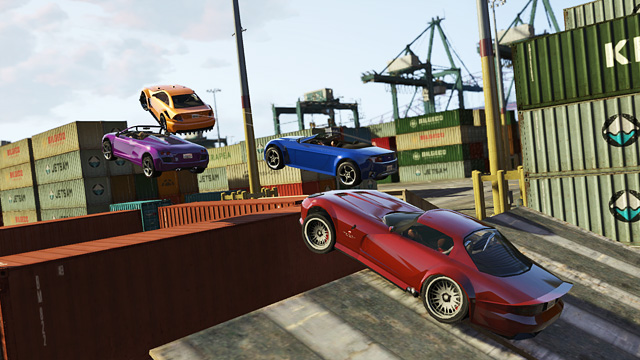 The upcoming Grand Theft Auto Online Heists DLC appears to be nearing a release date as some forum users discovered the feature in the Independence Day DLC that was released early in July by Rockstar.

On the GTA Forums, a user posted codes that may be related to Heists. The codes have names like “RP_HEISTS_HEIST_FAIL_RP_TIME_PERIOD_1” and “EARNINGS_HEISTS_FINALE_FIRST_PLAY_CASH_REWARD.”

The user who posted the string says, Rockstar developers “can turn off heists via tunables.json” and they “added script ‘am_heist_int’ within 1.15,” which is the Independence Day DLC. “I think it’s for heist planning room , so they are working on it right now (sic),” the user added.

The data came from the GTA V’s Processing Strings section.

A few weeks ago, Rockstar issued an official statement on delaying Heists. Since “GTA V” was released nearly a year ago, players have been eagerly awaiting the feature.

And on Wednesday afternoon, Rockstar announced 10 new GTA Online jobs, including selections from the I’m Not a Hipster DLC.

They include Dubsta Warz, 80s Turf War, Panto-monium Microcircuit, and a few others, which can be read about here.

“With some spectacular Jobs released in this batch, we’re really looking forward to playing them in upcoming Crew Battles and on our special guest streams,” Rockstar said in a release.

It added: “Keep an eye out on the Rockstar Twitch channel (twitch.tv/rockstargames) this Friday at around 4pm for a run through of these new Jobs in a special Rockstar Verified Edition livestream hosted by our friend Swiftor and featuring special guest players including TypicalGamer who’s been known to enjoy previous Rockstar Verified releases. If you haven’t already, head over to our Twitch page now to hit the follow button and get an email notification whenever we go live, or follow us on Twitter for all the latest updates. You can also watch the stream here on the Rockstar Newswire where we’ll be embedding it for the duration of the broadcast.”