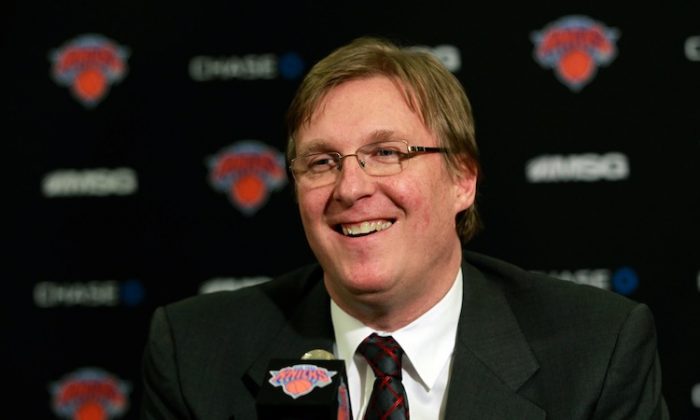 Glen Grunwald was behind the acquisitions of Jeremy Lin and Tyson Chandler. (Chris Trotman/Getty Images)
NBA

Glen Grunwald was promoted to executive vice president and general manager of the New York Knicks on Tuesday, according to a release on the NBA’s website.

Grunwald had been serving as GM on an interim basis since July when Donnie Walsh vacated the position.

Grunwald was behind using the amnesty clause to release guard Chauncey Billups so that the Knicks could sign free agent center Tyson Chandler. Chandler’s defense under interim coach Mike Woodson has turned around the Knicks season and propelled them into the playoffs. In addition, Grunwald signed a little-known guard named Jeremy Lin, who became the one of the biggest sports sensations ever during a stretch in February.

“Glen has done a terrific job this season,” Madison Square Garden Chairman James Dolan said in a statement. “He is an intelligent, seasoned executive and we look forward to him continuing in the role of general manager for many years to come.”