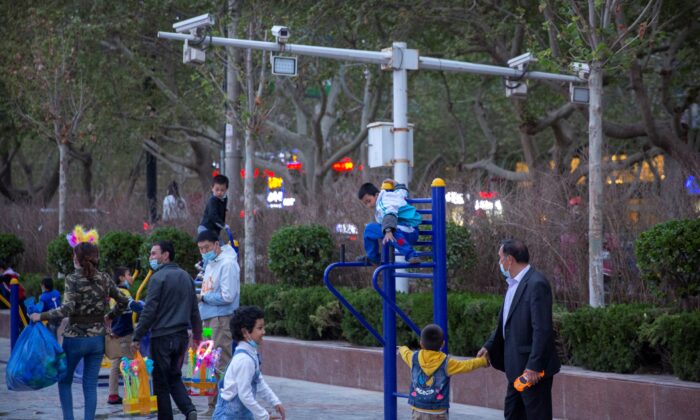 Tallness has become a mate-selection criterion for young men and women in China, and an entry criterion for some occupations. Chinese parents’ anxiety about their children’s height has led to the misuse of synthetic human growth hormone in China, experts warn, citing the short and long-term side effects of administering the hormones to normal, healthy children.

According to Chinese media reports, since the beginning of summer vacation in early July, consultations at the endocrinology specialist clinic at Beijing Children’s Hospital nearly doubled. More than 90 percent of them are parents who come to consult about their children’s height. Some parents explicitly ask doctors to give their children “height boosting shots,” that is, injections of human growth hormone to make their children grow taller.

Over the past few summers, a similar thing happened in other parts of China, as “height boosting shots” became popular. A report in Beijing Evening News said that prescription growth hormones appear to be abused. The report said that influenced by parents’ demands and high rebates from pharmaceutical companies, some hospitals overprescribe growth hormones. Many parents of healthy children who cannot obtain growth hormone prescriptions from large public hospitals, turn to private hospitals, or even buy it through other channels to inject themselves.

“Parents are too anxious about their children’s height,” the report quoted Dr. Lin Ming of Wuhan Union Hospitals’ Pediatric Endocrinology Department as saying. Only a very small number of people really need to use growth hormone therapy; most children only need a nutritious and balanced diet, enough sleep, and proper exercise, and do not need growth hormones to increase their height.

High Prices Are Not a Deterrent

However, undeterred by high drug prices, the use of human growth hormone continues to grow.

Huang Ke, deputy director of Endocrinology at Zhejiang University Children’s Hospital, related how the mother of one of his patients spent 480,000 yuan ($71,000) in order to make her son grow taller. Nonetheless, the child has only grown by 1 cm. Other parents said that they have used growth hormone to treat their child for two and a half years, costing a total of more than 500,000 yuan ($74,000).

With an increase in social demand in recent years, the use of human growth hormone has increased and the market has developed rapidly. China’s leading growth hormone company, GeneScience Pharmaceuticals (GeneSci), saw its annual revenue grow more than four times from 2016 to 2020, with more than 90 percent of its revenue coming from growth hormone-related products, according to state-run Xinhua News.

Serious Side Effects if Used Improperly

However, will children with heights within the normal range grow more quickly and taller with growth hormone? Pan Hui, chief of endocrinology at Peking Union Medical College Hospital, said although this is theoretically possible, its use in healthy children is not recommended. According to a knowledge guide released by Beijing Tsinghua Changgung Hospital in April, growth hormone therapy does not necessarily help children grow; even if it does, they will grow 4 to 6 centimeters maximum.

Li Sujie, director of pediatrics at Tianjin’s 4th Central Hospital, said that as a prescription drug, human growth hormone has a strict scope of application. If used improperly, it can bring greater risks to children. Susie said that children without applicable symptoms should not be given growth hormones. Because current studies on the safety of growth hormones mainly focus on children with pathological or idiopathic short stature, there is a lack of safety data on children who are short, but within normal range.

Experts at Beijing Tsinghua Changgung Hospital said the risk of adverse reactions is low when a patient has applicable symptoms and the right amount of medication is used. However, if the dose is too high, it may accelerate pubertal development and growth plate fusion in children with idiopathic short stature. Further, high doses in children without applicable symptoms can cause serious side effects, including edema, cardiomyopathy, insulin resistance, stroke, increased eye pressure, arthritis, idiopathic increased intracranial pressure, and gynecomastia.