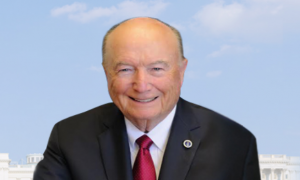 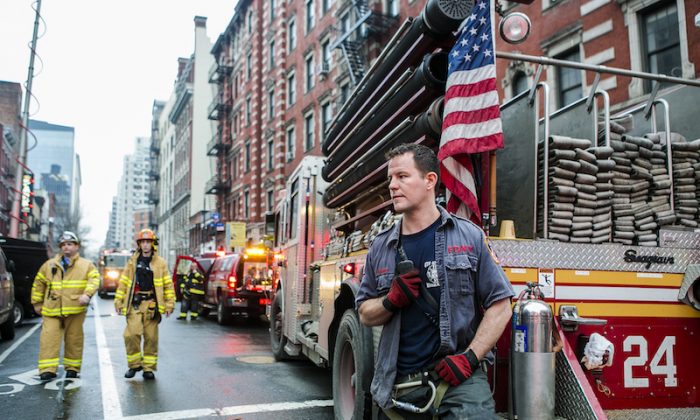 A firefighter in the East Village in New York City, on March 26, 2015. (Samira Bouaou/Epoch Times)
Politics

WASHINGTON—Unfunded liabilities of nearly $6 trillion in state pension plans pose a significant risk to public workers, retirees, and taxpayers across the United States, according to a new study.

Almost every state struggles with massive unfunded pension obligations due to the “risky and uncaring attitudes” of lawmakers, according to a report released March 20 by the American Legislative Exchange Council (ALEC), a conservative public-policy organization.

State pensions in the United States are funded at an average of 35 percent of what they should be, according to the report. And that means an average of $18,300 in unfunded pension obligations for every resident in the country.

“This is a huge crowding-out area for states, in that pension obligations will threaten future core government areas of spending such as healthcare, transportation, and education. And they also threaten future tax increases.”

The report examined nearly 300 state-administrated pensions plans, detailing assets and liabilities during a five-year period. It found that between 2007 and 2017, the average investment rate of return of state pension plans was 6.9 percent, whereas the average discount rate for the same period was 7.7 percent. The one percentage point difference produces a massive increase in projected liabilities, according to the report, and overestimating investment returns is the main source of chronic pension underfunding.

According to Williams, states are “way out of line” because they are estimating high rates of return annually over the next 10–20 years, which are unsustainable. Whereas, defined benefit plans in the private sector are assuming 4.5 percent.

When states use high expected rates of return, they can lower their unfunded liabilities on paper. This helps them reduce the amount of current budget appropriations that they need to put toward the pension payments, Williams explained.

The report found that when a proper, risk-free discount rate is used, unfunded liabilities amount to more than $5.96 trillion.

In recent years, states like Michigan, Oklahoma, and Utah have implemented comprehensive pension reforms to tackle the problem of unfunded pension liabilities.

Utah, for example, moved toward a defined contribution private sector model several years ago and has seen massive savings for the taxpayers, according to Williams.

The states have chronically underfunded pension plans, which have caused a liability crisis. State workers and retirees are not the only people exposed to this problem. Taxpayers ultimately provide the wages for public sector employees and the financial resources to cover promised benefits of the pension plans.

Hence, the shortage in funding will ultimately lead to massive tax increases in many states. Some states have already started seeing higher taxes.

Illinois, for example, passed massive tax increases several years ago alleging that they were going to pay down state debt, Williams said, but they’ve failed to tap any of their pension issues. They are still stuck with the higher taxes and the state pension liabilities are still massive, he noted.

Newly elected Gov. J.B. Pritzker is now proposing to enact a “millionaire’s tax” to make up the difference. Taxpayers earning more than $1 million in the state would face a 7.95 percent tax rate, according to the proposed plan.

And the worst-funded states, such as New Jersey and California, have been “probably the most aggressive at raising taxes in the last decade,” said Williams.

According to the report, states must find a way to set their priorities and commit to fixing this mounting problem. One easy way is to empower new employees and move toward the fully funded 401k model applied for the vast majority of private sector workers.

Billionaire investor Warren Buffett has repeatedly warned about the danger of the state pension systems, calling them a “gigantic financial tapeworm.”

“During the next decade, you will read a lot of news—bad news—about public pension plans,” he wrote in 2013 in his letter to shareholders of Berkshire Hathaway Inc.

In a recent interview with CNBC, Buffett voiced his concern again, saying that states would eventually go after corporations and individuals to raise money.

“If I were relocating into some state that had a huge unfunded pension plan, I’m walking into liabilities. I mean, who knows whether they’re going to get it from the corporate income tax or my employees—you know, with personal income taxes,” he said.