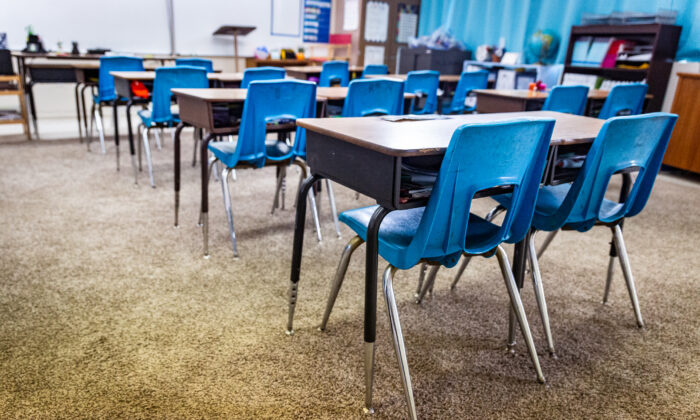 At least 181 K-12 teachers, principals, and staff have been arrested for child sex crimes in the United States so far this year, according to an analysis of reports.

At least 181 educators been arrested between Jan. 1 and June 30, according to a Fox News analysis. Arrests that did not make it in media reports were not counted.

Four principals, 153 teachers, 12 substitute teachers, and 12 teachers’ aides were arrested on a litany of charges, including sexually assaulting students and possessing child pornography. About 140 of those who were arrested carried out alleged crimes against students.

For example, an educator in Delaware, identified as High Road School teacher James Garfield, was arrested last week for allegedly assaulting a 15-year-old student. He was charged with two counts of felony rape and related charges, according to local media.

Days before that, a teacher in Warren, Pennsylvania, was arrested and charged after he allegedly sexually assaulted a 15-year-old student. He was charged with aggravated indecent assault, institutional sexual assault, and other charges, it was reported.

Christopher Rufo, a senior fellow at the Manhattan Institute an activist who has battled the spread of critical race theory in classrooms, called for a new study on child sex abuse in schools.

“This is a scandal that the political Left is doing everything in its power to suppress,” he said in a statement to Fox News. “The basic fact is incontrovertible: every day, a public school teacher is arrested, indicted, or convicted for child sex abuse. And yet, the teachers unions, the public school bureaucracies, and the left-wing media pretend that the abuse isn’t happening and viciously attack families who raise concerns.”

In an article published in April, Rufo noted that the Department of Education last released a report in 2004 (pdf), which said nearly 9.6 percent of students have been targeted by teachers for sexual misconduct in K-12 classrooms.

“The most comprehensive report about sexual abuse in public schools, published by the Department of Education in 2004, estimates—on the basis of a 2000 survey, conducted by the American Association of University Women, of 2,065 students in grades eight through 11—that nearly 10 percent of K-12 students have been victims of sexual misconduct by a public school employee,” he wrote.

If that figure is correct, he noted that it would “translate into an approximately 4.5 million children nationwide suffering sexual misconduct by public school employees, with an estimated 3 million suffering physical sexual abuse.” That figure, Rufo said, could be “more than 100 times greater than the physical abuse committed by Catholic priests, who, at the time the report was published, were undergoing a reckoning for the crimes within their ranks.

The Epoch Times has contacted the Department of Education for comment.