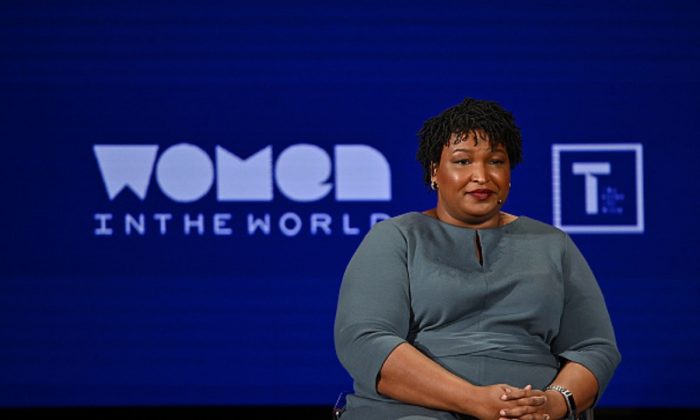 The League of Women Voters (LWV) is the latest activist group to join a growing campaign on the left to overhaul the nation’s redistricting systems in an effort to combat partisan gerrymandering in the states, even as some say the action is simply an effort to gain a Democratic advantage.

On Sept. 4, the group introduced what it called a “multimillion-dollar, multi-year” push to end the long-standing but controversial practice, in which state lawmakers redraw the boundaries of electoral districts to favor their own party.

LWV will spend $500,000 on the project in 2019 alone. The effort is expected to include thousands of volunteers in all 50 states and is said to be the largest campaign in the group’s more than 100-year history. The group also plans to campaign for ballot initiatives in 22 states to ask voters to approve redistricting reforms and appoint independent redistricting bodies.

It aims to lobby in more than 20 states to amend state constitutions to include “free and equal” election protections, and make the redistricting process more transparent.

The group claims to have 700 state and local leagues and 400,000 members and supporters. The organization also claims to have reached 10 million voters in 2018.

While the League of Women Voters’ initiative, and other Democratic plans to reform gerrymandering, present themselves as seeking fairness, election law expert J. Christian Adams, president of the Public Interest Legal Foundation and a former Justice Department civil rights attorney, is skeptical. He says the movement has “big money behind it, paying for efforts to capture control of legislative bodies for Democrats.”

“They want to change any of the rules that stand in the way of electing Democrats to legislatures,” Adams told The Epoch Times.

“Political and racial gerrymandering distorts and undermines representative democracy by allowing officials to select their voters rather than voters to elect their officials. When done for purposes of racial discrimination or to ensure the dominance of one political party, gerrymandering runs counter to equal voting rights for all eligible voters,” LMV states on its website.

Virginia Kase, LWV’s chief executive officer, told ABC News: “Making sure that people feel their votes matter—that’s what we hear from people all over the country. Because of the way maps are cracked or packed, people squashed together, many voters are not represented fairly.”

Of her organization, Kase said, “Maybe people think of us as little old ladies sitting at tables registering voters, but we do so much more than that.”

LWV’s “People Powered Fair Maps” campaign aims to educate voters, lobby state and federal officeholders, and file lawsuits challenging districts the group believes were drawn unfairly. “It’s not a one-size-fits-all approach. We are customizing and tailoring our approaches for each state,” Kase said.

Kase has been an activist for years. She was arrested in October 2018 at the U.S. Capitol at an illegal protest against the nomination of Supreme Court Justice Brett Kavanaugh and was previously chief operating officer at CASA, a radical open-borders group that advocates for illegal aliens in the mid-Atlantic region.

The new push against gerrymandering appears to have been inspired by the Supreme Court’s rulings earlier this year, in which it decided to steer clear of the issue.

In June, the Supreme Court rejected a series of lawsuits in which officials from Virginia, North Carolina, and Maryland challenged redrawn state legislative districts they claimed were unlawfully gerrymandered for partisan benefit.

In one of the cases, Chief Justice John Roberts wrote that redistricting is a political question that can’t be decided by the courts, because there is no “judicially discoverable and manageable standards for resolving” it, he wrote, citing the court’s 1962 ruling in Baker v. Carr. States remain free to address the issue through state constitutional amendments, legislation, and independent commissions, Roberts said, noting that Congress, too, could take action.

Former President Barack Obama started a new campaign Aug. 26 called “Redistricting U” to combat partisan gerrymandering in key battleground states that Democrats hope to win in the 2020 presidential election and beyond. Redistricting U will provide free training for volunteers so they can “be leaders in the movement for fair maps,” according to the campaign’s website, AllOnTheLine.org.

In August, unsuccessful 2018 Georgia gubernatorial candidate Stacey Abrams announced the Legislative Victory Fund, “a multimillion-dollar effort” between Fair Fight, a political action committee she created, and the state’s Democratic Party to elect more Democrats at the state level. Abrams hopes to combat the effects of redistricting through voter mobilization.

A nationwide campaign called Fair Fight 2020 “will help staff, fund, and train robust Democratic voter protection operations in battleground states across our country … to build an infrastructure of accountability across all levels of government.”