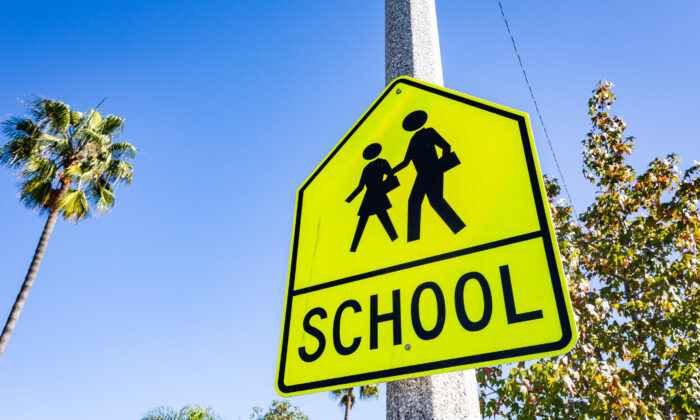 Some concerned parents and community leaders of Newport-Mesa Unified School District are seeking possible legal action to obtain teacher and student leader “anti-bias” training materials developed by the Anti-Defamation League (ADL) after a public records request for the materials was denied.

The issue of the materials came to light for some during so-called “task force” meetings for district officials, parents, and community members that began shortly after a student posted on Instagram a Nazi symbol crafted out of cups at a party in the spring of 2019.

As a result, the school district hired the ADL to create anti-Semitic activities for its students and to oversee the training of its teachers and student leaders in “implicit bias,” meaning unconscious stereotypes toward races.

Former school board member Wendy Leece and other parents requested the training materials through a public records request. But district officials denied their request, saying the materials were proprietary and only for the use of teachers and student leaders.

“We tried to stop the training, but we were unsuccessful,” Leece told The Epoch Times.

After several attempts to receive the ADL training materials, community member Bill Dunlap persuaded the ADL to offer a session for parents and others about their content.

That meeting, which occurred in mid-November, however, didn’t provide the extensiveness of information on the materials, like what teachers had received, according to Dunlap, who says he is equally concerned about the creeping in of critical race theory (CRT), which argues that society is divided into oppressors and the oppressed based on race.

“We all thought that ADL was about antisemitism,” Dunlap told The Epoch Times. “We didn’t know that it had broadened its vision, its scope, to bring in CRT.”

During their training, parents and community members received worksheets asking for them to write down personal qualities based on their race and privilege, according to Dunlap.

Participants in the Zoom meeting submitted questions regarding the training that were never answered, Dunlap said.

Despite the information session by the ADL, community members said they’re dissatisfied with the content they received and want more answers.

Dunlap, Leece, and others said they’re now working with the Pacific Justice Institute, a public affairs legal group, to unravel the hidden materials.

“It’s outrageous that they signed a contract that said the materials are proprietary in the public arena. That is so blatantly a lack of transparency,” Dunlap said. “We are going to start communicating with the board and the superintendent and we are going to offer a resolution to stop any CRT training, and we believe the ADL training is CRT based.”

The divide shows a split between parents, community members, and the teachers that instruct children.

During a board meeting in August—when the district renewed its contract for this school year with the ADL—many teachers voiced their support.

Michael Halt, principal at Estancia High School in Costa Mesa spoke in favor of the ADL’s training saying it brought a “deeper understanding” of the school’s minority challenges that have been highlighted throughout the COVID-19 pandemic.

Sean Boulton, principal of Newport Harbor High School, also voiced his approval of the training that he said has been “phenomenal” to the community.

“Whether it’s anti-Semitism, racism, or hate, it’s been called out by our leaders on campus,” Boulton said.

According to Dunlap, however, one key district official has indicated ADL’s contract will not be renewed for the next school year, which The Epoch Times could not confirm.

The school district didn’t respond to a request for comment for this story or to confirm its plans with ADL past the 2021–2022 school year.