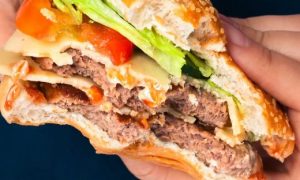 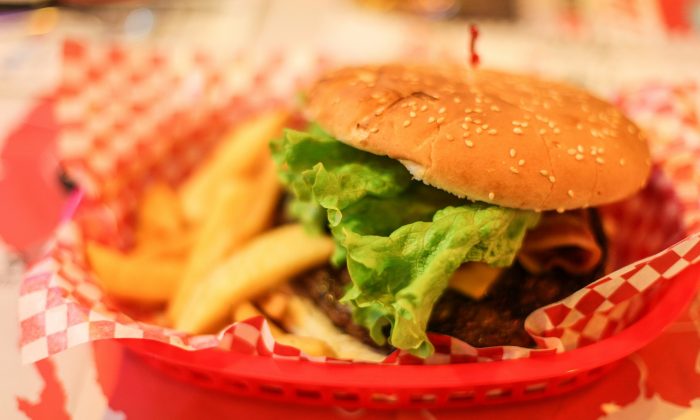 A hamburger is placed in a fast-food restaurant basket with fries. (SplitShire/Pixabay)
US News

People can sometimes do the most outrageous things, or even very unsanitary things when it involves food, which may invoke all kinds of reactions from other people, whether it be anger, disgust, or straight out confusion.

There are plenty of incidents in 2018 that may make your head turn with the amount of ridiculousness—from spitting on food to frying rats on the grill. There is no shortage of the amount of absurdity that stems from these mentioned incidents.

The first one is spitting in food. There is a case in March 2018 where a Pita Pit employee in Missoula, Montana, spat on a customer’s food.  The entire altercation had been recorded and then it was posted on Facebook.

The employee has since been fired, and the owners of the Pita Pit had given a timely response to the ordeal and said that the former employee’s actions do not reflect on the values of the owners or the store in any way, according to the Facebook post. In the same post, the owners had made a public apology to the customer who had shot the video.

Perhaps this incident may take the cake on what is acceptable in terms of grossness, but what about the incident where a shopper sipped a soup straight from the ladle at an open, and public hot bar?

Something to think about the next time you eat at the salad bar. pic.twitter.com/yALLvVPbut

This shopper was holding a bag of groceries, presumably to buy, was seen drinking soup right from the ladle—one that everyone else uses to scoop soup. The post, originating from Reddit, managed to gather 1 million views across social media and received very stern and negative comments regarding this behavior.

Apparently, according to Reddit user bubbly48, the same person who had shot the video said that this wasn’t the said shopper’s first soup. “It was his second soup. The first one made me stop and see if he would do it again. Then I went to security.”

It is uncertain what happened after, but at least one thing is for certain—the soup had been contaminated.

While speaking of contamination, two other cases come to mind—one worker who got elbow deep in tea and a worker who purposefully put foreign objects in sausages.

The case of the employee who had her elbow deep in tea happened in a fast-food restaurant, Raising Cane’s, in Kansas City, Missouri. A Snapchat video was taken where it showed an employee using her forearm to stir the tea, and then pour the tea into the dispenser.

Laughter could be heard from another employee who was filming the whole thing on Snapchat. The captions read: “don’t drink tea from Cane’s” and “she tryflin cause we don’t care no more.”

Needless to say, both employees were fired. The company released a statement to FOX4, saying that the company takes pride in what it does, and that all the crewmembers are held to the highest standards, and that whatever these employees did does not reflect the company.

Meanwhile, a worker was caught putting random objects, that clearly had no place, into sausages.

On two instances—March 25 and 28—a worker at the Wisconsin Johnsonville Sausage plant, Johnathan Lane, was captured by the factory’s surveillance cameras putting cigarette paper and wire connector into the sausage links.

And then Lane, who put those foreign objects into the sausages, reported his findings to his superiors after ‘pretending’ to discover the objects.

Fortunately, the items were removed before they made it into packaging, and the company halted the process and removed all products that might have been affected, according to Fox6Now. Lane was arrested on June 1 and was sentenced to four and a half years in prison for the offense.

Unfortunately, that’s not the end of the list—one burger chain, Teddy’s Bigger Burger, had to close its doors at one of its locations and fire two of its employees because of a rat problem. Why were the employees fired? Because they were cooking a rat on the indoor grill.

The Twitter video from user HawaiiKidBranz of the rat being cooked on the grill was initially set on Snapchat, and has the captions, “i think it’s time to quit teddys.”

Don’t eat at Teddys Burger in Mapunapuna.
They cooking rats on the grill 🤢😷🤮 pic.twitter.com/3OTTVFgita

The president of the burger place said in a statement that as a company, it was horrified that the former employees would conduct themselves in such a way.

The company would completely sanitize and replace all the equipment and utensils. It will then send a corporate team to do a full inspection and audit the location before it opens again. It will also be contacting a licensed pest control agency to examine the restaurant for rodents.

Yet, this wasn’t the only case of rat problems—another restaurant, Dixie Pig in Oakland Park had 14 restaurant food violations. It closed its doors on June 14 temporarily to address its rat problem.

After the temporary closure, a video was made public by WPLG Local 10 News. The video showed a cook who was using a hatchet to smash a rat that was inside the kitchen and crushed the rodent underneath cooking equipment.

The person who made the video who was stressing the unsanitary conditions of the kitchen and the restaurant. There were other videos made with rats seen on other surfaces in the kitchen.

The employee behind the camera had a dispute with the owner and quit a week later.

A bonus case—it’s ridiculous and doesn’t include anything gross or disturbing, but instead, garners more of a “why would you even do that” kind of reaction.

A couple ordered a $35 cake from an Australian supermarket for their son’s birthday—they had, along with the order, requested that the cake be decorated with a frog theme. When the couple asked the supermarket, Woolworths, to decorate the cake, what they received was anything but what they asked for.

Instead of a frog themed cake, the cake decorator drew a happy face and the number three with icing.

The couple was very shocked to find this, and they called Woolworths to see if they could get the cake redecorated, but they were told that the supermarket didn’t decorate cakes. Fortunately, the couple was able to find another cake decorator who was able to salvage the barely-decorated cake, according to FoxNews.

Woolworths was reported to have reached out to the couple and gave them a $50 gift card for the ordeal as an apology.