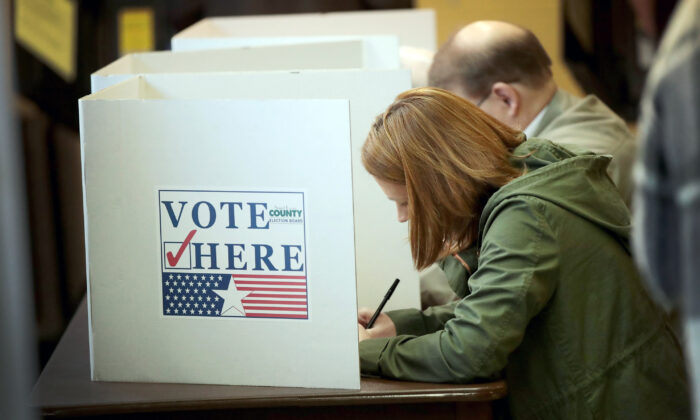 Gross Fraud Threatens the Foundation of Our Republic

After a candidate for the Virginia state legislature I very actively campaigned for lost in November 2019, I was perplexed. The candidate I supported received significantly more votes than anyone in his party ever received for this seat, which had been a stronghold of his party for years, and he still lost. Something was amiss.

Spurred by this baffling loss, I began to explore the Virginia voting process. Advocates had rallied and demanded “photo ID” to register to vote, and the governor signed it into law in 2013.

Sounded nice, but was it? My research led to a clear conclusion—the Virginia voter ID law made fraudulent registration far easier, and because of the failure of the federal government to enforce 18 U.S. Code (USC), the entire Virginia voting registry was grossly flooded by unlawful registrants.

Eighteen USC Section 611, 8 USC Section 1227, and 8 USC Section 1182 make it clear that only U.S. citizens may vote in federal elections. But the range of photo identifications allowed by the Virginia photo ID aren’t all biometric, RealID compliant, and no live data base is queried at point of registration. Essentially, anyone who applies is registered to vote in Virginia—regardless of their legal standing to be registered.

There are approximately 20 categories for rejection or exemption from jury duty. Jury duty rolls are drawn from the voting rolls in accordance with Virginia statute. Of particular interest and concern are the categories of “Non Citizen,” “Non English Speaking,” “Felon,” and “Undeliverable.” (Not responding to a call for jury duty is also a crime in Virginia.) Undeliverable made up 1 in 4 (25 percent)—a very high number that in itself undermines the validity of the voting rolls.

Reviewing those rejected for jury duty, when mathematically reverse correlating to the Virginia voting numbers, a minimum of a shocking 12 percent of the Virginia registered voters are by law ineligible to vote. Yet they’re voting.

Much of this fraudulent registration in Virginia was engineered by Chinese Communist Party-affiliated organizations. Trevor Loudon, an expert on radical Marxist movements, said the flip of Virginia from red to blue was achieved by the pro-communist front group New Virginia Majority.

I will further assert that this gross fraud on Virginia voter registration is a violation of the 1965 Voters Rights Act (VRA). As the black population evolves in their support of candidates, their votes are being negated once again, as they were in the 1960s.

This gross fraud in Virginia isn’t and shouldn’t be a partisan issue. The election process is sacred. Because of the mass irregularities in the Virginia vote, Ty McCoy, former acting secretary of the Air Force; Mario Kranjac, mayor of Englewood Cliffs, New Jersey; retired U.S. Air Force Colonel and former State Delegate Rich Anderson; Tim Griffin, attorney for the Free People’s Initiative, myself, and others created a Virginia Election Integrity Task Force to look into the Virginia election system.

While many such as Judicial Watch and Hans von Spakovsky have been doing great work reporting on voter fraud, their focus has been frittering around the edges and hasn’t been exposing the tangible evidence of fraud on a scale that clearly throws elections.

The findings of our impromptu task force were shared with the Department of Justice, and seven members of Congress were also briefed. The Department of State tip line, announced in August by Secretary of State Mike Pompeo, solicits information on foreign election interference, and evidence was presented to this tip line.

Task force members presented a significant finding using decisive network forensics focused on the loss of integrity in the counting of votes on a large scale in two recent elections.

Russ Ramsland and J. Keet Lewis documented key forensics to demonstrate election fraud where votes appeared to be changed in multiple races in Dallas, Texas, and the governor’s race in Kentucky.

These are the smoking guns for large-scale voting fraud. These common arrangements of foreign ownership and hosting of U.S. voting tabulations and calculations potentially violates U.S. law (such as the Federal Investment Risk Review Modernization Act) and is a clear national security imperative and concern that must be addressed. These arrangements are also potentially a violation of the 1965 Voting Rights Act.

The oft mentioned mail-in vote is a clever canard. It is conveniently co-mingled with established absentee ballot procedures. There is a very important piece of information being left out. Absentee ballots have a legal attestation that incurs a felony charge for false statements.

The concept of a “mail-in” ballot along with other procedures such as California’s AB 1921 known as “ballot harvesting” bring in great uncertainty on the confidence that the vote is a lawful vote.

This “wild west” of voting goes against the letter and spirit of 18 USC as well as local oversight of election processes. This gap is easily exploited by groups that seek victory regardless of the method. This destabilizes the foundation of our liberal, democratic republic.

Returning Integrity to Our Election Process

In summary, the U.S. election process is sacred. For the American experiment to work, we must have involved, sworn election officers, who will, under penalty of law, swear to carry out their duties ethically regardless of the outcome.

The failures and vulnerabilities the task force identified were reflected in seven major avenues of fraud. But there are two underlying causal factors: a failure of the federal government to enforce basic U.S. law and a failure of a diverse and holistic sampling of the citizenry to be regularly involved as sworn election officials.

Our American experiment is fragile and isn’t assured or guaranteed. Lack of diligence and involvement is a pathway to the retirement of our grand experiment. Let’s please dedicate ourselves to continue this experiment and not let it perish.

Col. (Ret.) John Mills is a national security professional with service in five eras: Cold War, Peace Dividend, War on Terror, World in Chaos, and now—Great Power Competition. He is the former director of cybersecurity policy, strategy, and international affairs at the Department of Defense. @ColonelRETJOHN