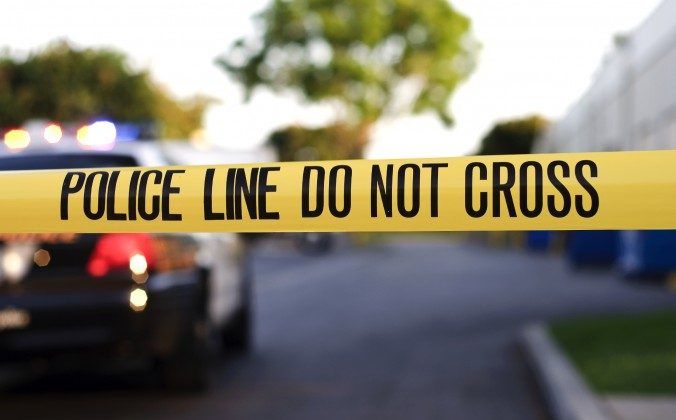 Groom-to-Be Was Shot, Killed While Looking for Wedding Venues

A man who came to New Orleans to plan his wedding was killed in an attempted robbery on May 7, officials said Monday at a press conference.

According to Fox 8, New Orleans Police Chief Michael Harrison said Rolfes had marks on his hands, which led them to believe that there was a struggle during the robbery.

“At some point, the robbery turned deadly,” New Orleans Police Superintendent Michael Harrison said during a news conference. “By the injuries of his hands, it appears there may have been some type of struggle.”

Harrison also said Rolfes’s wallet was nowhere to be found.

Police are currently investigating events that took place before the assault. It was reported that Rolfes went out with his friends while his fiancée slept in their hotel room. The two arrived to the city on separate flights the night of May 6.

“I didn’t even get to see him,” Rolfes fiancé, Elizabeth Fried, 24, said Sunday.

The couple, who were just engaged a month ago, met at Tulane University. Shortly after, they moved to South Carolina, where Rolfes worked as a project engineer at construction company Clayco.

Rolfes’s body was found around 4:30 a.m. on Saturday at the intersection of Claiborne Avenue and Amelia Street, Fox News reports.

According to Fox 8,  surveillance video shows Rolfes at Miss Mae’s bar on Magazine Street. The bar owner said Rolfes arrived at around 12:30 a.m. and left at 2:40 a.m. After he left the bar, he went to a convenience store on Claiborne and purchased two bottles of water.

“We’ve spoken to his family, we’ve spoken to [his] fiancee, and the fact that we know he bought two bottles of water raises more questions that our investigators are working very, very hard to answer,” Harrison said.

Harrison is also unsure whether Rolfes was alone or with another person when he was at the convenience store.

Nebraska Girl Might Lose Eyesight Due to Carnival Ride Accident

Ron Rolfes, the father of the victim told NOLA.com of his shock over the murder: “Right now it’s just a horrible, horrible dream”

“We know it’s reality; we’re just trying to close the loop on that,” he told the news outlet.

Rolfes’ mother, Julia Rolfes, told WDSU that the killing was “the worst nightmare.”

“He was here to start the next chapter of his life,” she said. “Our firstborn was marrying this beautiful girl.”

The Tulane grad was also remembered by former Republican presidential candidate Mitt Romney as “a highly valued member of our 2012 campaign team.”

Harrison said Rolfes’s death marked the city’s 40th homicide since the beginning of the year. Just last month, former Saints player Will Smith was killed in New Orleans in what was believed to be a road rage incident.