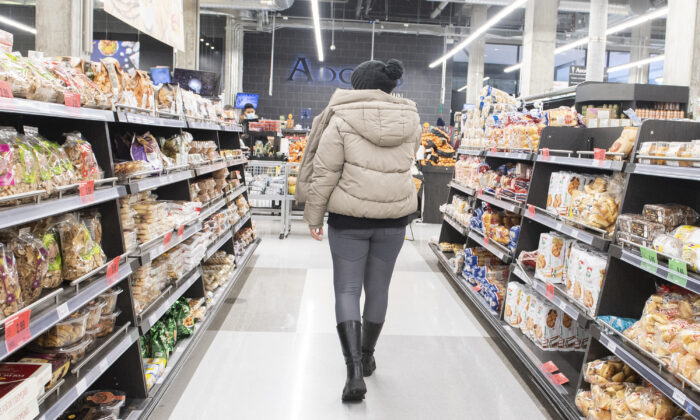 Employee absenteeism due to workers calling in sick and COVID-19 protocols has hit about 30 percent at some stores and is continuing to rise, Gary Sands, senior vice-president of public policy with the Canadian Federation of Independent Grocers, said Tuesday.

Without access to rapid testing in many provinces, he said workers are repeatedly forced to isolate for a week or more after an exposure to COVID-19.

If the situation worsens, some grocery stores won’t be able to stay open—threatening food security in rural and remote areas that rely on a sole independent grocer, Sands said.

“If we have to keep sending people home, at a certain point stores are not going to be able to operate,” he said. “We’re very frustrated with the lack of rapid test kits for grocers.”

Health Canada has made some rapid test kits available directly to companies in critical sectors, including the food industry, with 200 or more employees.

But many independent grocery stores don’t meet that threshold, putting those kits out of reach, Sands said.

Yet many grocers cannot obtain rapid tests through provinces either, he said.

“Independent grocers are in a myriad of communities in this country where there is no other grocery store,” Sands said. “If those stores close, you’ve got a food security issue.”

Still, empty shelves at some supermarkets should only be temporary, she said, noting that retailers are exploring all avenues to get products to stores as quickly as possible.

But some supply chain issues could be longer lasting, such as the trucker shortage intensified by the federal government’s new vaccine mandate.

“The issue with the truckers having to be vaccinated is causing some delays, especially with the supply of fruit and vegetables from California,” Sands said.

“Grocers in Central Canada are mostly reporting just delays of a couple weeks, but in the West the shortages seem to be more significant.”

In some cases, Sands said grocers are short nearly 40 percent of their usual stock of a variety of products.

“Especially in the West, some grocers are saying the situation is as bad as it was in the spring of 2020 in terms of supply,” he said.

It’s not just the produce aisle that experiencing shortages. Soups, cereals and cleaning supplies are all running lower than normal, Sands said.

Many shoppers have noticed empty shelves where Kellogg’s cereal is normally stocked, for example.

Kellogg Canada said in an emailed statement that higher at-home consumption coupled with supply chain challenges have impacted the availability of some products in Canada, such as Kellogg’s Rice Krispies cereal.

The company said the “intermittent shortages” reflect the challenging operating environment all manufacturers are experiencing, adding that it’s working hard to get Kellogg’s cereal brands back on store shelves.

About 1,400 union workers at Kellog’s plants in the United States were on strike for several weeks last year. An agreement was reached Dec. 21.