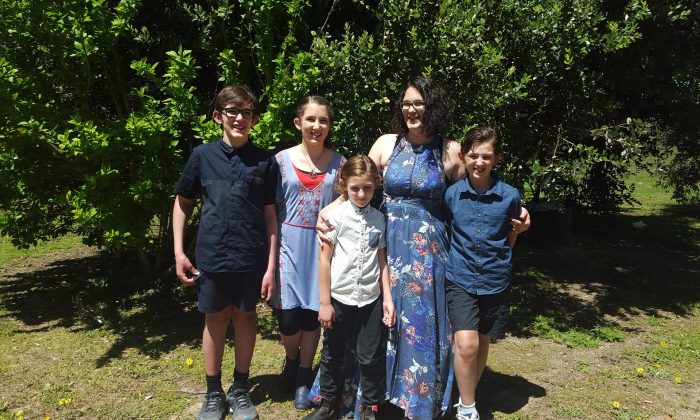 The Western Australian father of the four children who were killed in the suspected murder-suicide massacre has broken his silence as he comes to terms with the horrific tragedy which claimed the lives of 7 of his family members on Friday, May 11.

Aaron Cockman, the estranged husband of victim Katrina Miles, said he was “filled with tremendous sadness” over the loss of his kids — Taye, 13, Rylan, 11, Arye, 10, and Kadyn Cockman, 8.

Father of the four children murdered in the Margaret River massacre, Aaron Cockman : I don't feel angry. I feel tremendous sadness for my kids.

Katrina and her four children had moved to her parents’ property in Osmington after she separated with Aaron, according to the Herald Sun. The four children were homeschooled on the property.

While speaking with reporters on Sunday, May 13, Cockman revealed all children had been found in their beds.

“All the kids died peacefully in their beds,” he said, reported ABC.

“I had one question this morning, I just asked … was Kayden in his own bed or was he sleeping with Kat?

“He’s still at that age where he still sleeps with Kat and I was told ‘yes’, he was in Kat’s bed.”

The bodies of Katrina, 35, and her four children were discovered in a shed which was converted into living quarters behind the main four-bedroom house in the early hours of Friday morning. Her parents, Peter Miles, 61, and Cynda, 58, were also found dead on the rural property.

Police confirmed that all victims had suffered gunshot wounds. Three guns that were licensed to Peter were also recovered from the crime scene.

Police have ruled out any involvement from outside persons and are treating the investigations as a murder-suicide. Police have refused to provide specifics into the investigation. However, Aaron revealed to reporters that he believes Peter may have been responsible for the shootings.

“Peter didn’t snap, he thought this through,” he said, reported 9News.

Cockman said he has not spoken to the family “since they cut me off from my kids” but he said he didn’t want to harbour any anger towards them anymore.

“I had so much anger in the last few years,” he told reporters.

“The anger towards them now, is completely gone, I don’t feel angry, I feel tremendous sadness for my kids, but I don’t want anyone to feel anger. Anger … anger will destroy you.

Police have not confirmed who dialed triple-zero but the two-minute recording is likely to provide some answers surrounding the horrific loss of life.

“You can’t imagine what they’re going through, you can only offer support, all you can do is express your sorrow and I expect the grieving process will go on for many years for that family,” he said, reported ABC.

“Aaron himself is clearly grief-stricken. I feel deeply for him.”

Osmington is a small rural town near the popular tourist area of Margaret River. According to 2016 Census data, the town has a population of 135 people.

The close-knit community has been shocked beyond words by the family’s tragic death. The family were well known and well liked in their community.

Peter was described by locals as a kind and hardworking man who worked in the farm school at Margaret River Senior High School for more than 20 years.

Details have since emerged that Peter had recently been looking for work. He has posted a Gumtree advertisement on Wednesday, May 9.

“I have extensive handyman abilities and experience with a wide variety of farm equipment, can repair fences, and can tidy up the property from storm damage,” the advertisement said.

“I have lived in the Margaret River area all my life and welcome all enquiries.”

The police investigation is still ongoing to determine what had happened and the possible motive for the homicide.