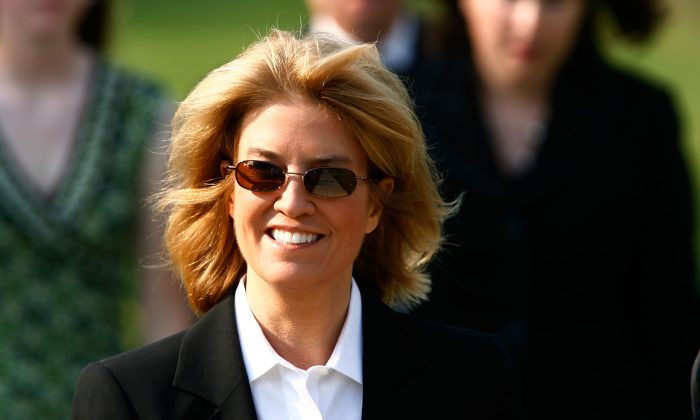 Is Greta Van Susteren leaving Fox for CNN? That’s the question some asked on Wednesday, but she insists that she is staying with the “Fair and Balanced” network, according to reports this week.

Van Susteren described reports suggesting she was leaving Fox as “rumors,” according to Mediaite.com.

“I am not going anywhere,” she wrote in a blog posting that was later taken down. “I have a long term contract with Fox and it is for a show in ‘prime time.’”

She added: “Done, ok? (And by the way, don’t you love the courage of the anonymous sources? and those who then speculate from there? )”

Citing unnamed sources, Mediaite reported on Monday that Van Susteren had initiated a dialog with CNN to rejoin the network.

In May, it was reported by the New York Times that she could have an earlier time slot after her husband made comments. At the time, however, a spokesperson with Fox said that “we will neither confirm nor deny any contract discussions.”