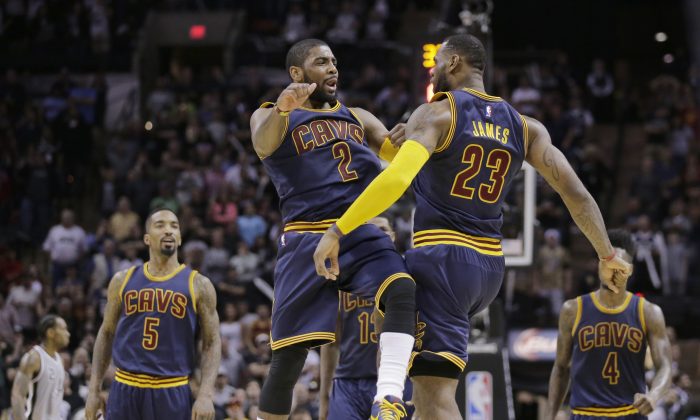 It looked like another crunchtime win for the San Antonio Spurs, but Kyrie Irving drained multiple three-pointers in the final minutes of regulation and overtime to help win the game for the Cleveland Cavaliers on Thursday.

“He was unstoppable,” Popovich said, reported Dan McCarney of the San Antonio Express-News.

Popovich is known as one of the best if not the best coach in the league, but even he had no answer for Irving.

“I don’t know how to guard that,” he said. “We all know how talented he is, but he went to a new level tonight.”

Irving finished the game 7-for-7 from three-point range, and was also a perfect 10-for-10 from the free throw line. Overall, he went 20-for-32 from the field.