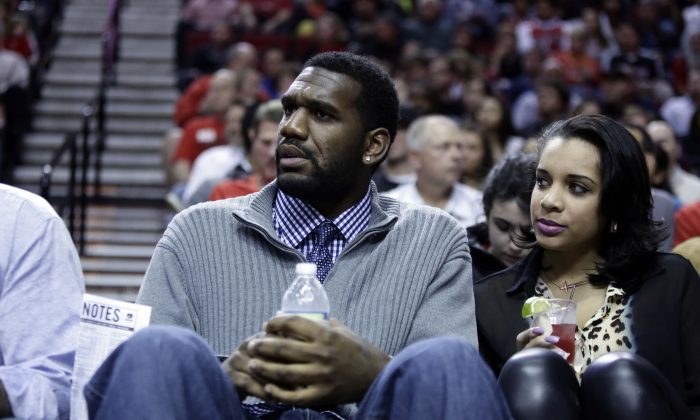 NBA free agent Greg Oden, whose career stats are low because he hasn’t played an NBA game since December 2009, has reportedly signed with the Miami Heat for two years.

Oden, a big 7-foot true center, chose the Heat above five other teams vying for him. He will now be teamed up with some of the best players in the league, including Dwayne Wade and LeBron James. He could become starting center on the team as long as he stays healthy.

The Miami Heat and the San Antonio Spurs just played in the NBA Finals, with the Heat winning in a close 7 game series. The Heat lacked a steady big man in the series outside Chris Bosh, who plays more naturally at power forward, and Tim Duncan scored many easy baskets in the series.

Oden was chosen No. 1 overall in the 2007 NBA Draft–ahead of Kevin Durant–but has just played 82 games in the NBA because of a string of injuries. Before he went into the NBA, Oden played one season for Ohio State University, which won the Big Ten that year, and was runner-up in the NCAA championship.

In his 82 games, Oden has averaged 22 minutes per game and 9.4 points per game, with a field goal percentage of .577, according to ESPN. He’s never attempted a 3-pointer. He’s also averaged 1.4 blocks per game and 7.3 rebounds per game.

The New Orleans Pelicans, the Sacramento Kings and the Atlanta Hawks were the other teams looking to sign Oden.