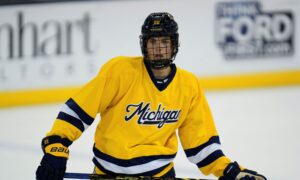 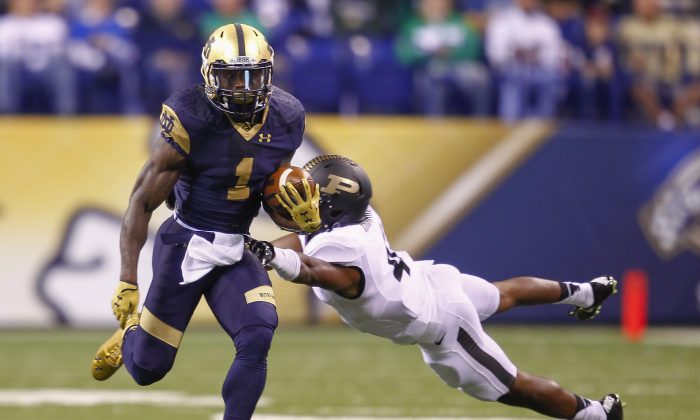 UAB running back Greg Bryant has been declared brain-dead after being shot Saturday.

Bryant, who formerly played for Notre Dame, had been in critical condition after he was shot in South Florida. His grandmother confirmed his death, Florida’s CBS 12 reports.

The @WestPalmPD just sent out a notice stating the #GregBryant shooting investigation is now a homicide case @CBS12 https://t.co/cjUDVxjnIy

Bryant and a passenger, Maurice Grover, were found in a black, four-door Chrysler at 4:45 in the morning on Interstate 95 with gunshot wounds, according to a report on PalmBeachCoast.com.

Saturday night Bryant, who was listed as the driver, was listed in critical condition while Grover had minor injuries.

Investigators said there is no information about the shooter. The car Bryant and Grover were in had smashed windows on the front, driver, and passenger sides.

RIP: RB Greg Bryant dead at 21 after shooting on I-95 in Florida https://t.co/bXBo64T5q9 pic.twitter.com/pb6DMFUWNr

Bryant, a 5-foot-10, 205-pound running back, spent his first two seasons at Notre Dame before being ruled academically ineligible last year. He transferred to UAB this past spring.