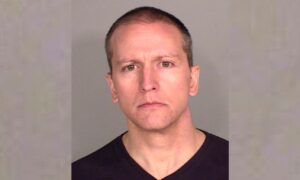 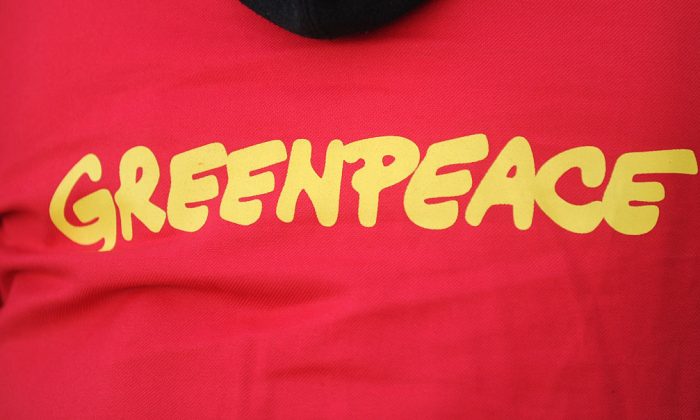 A picture taken in Douarnenez, western France on May 23, 2016 shows the logo of the non-governmental environmental organization Greenpeace on the jersey of an activist. (FRED TANNEAU/AFP/Getty Images)
Crime and Incidents

The owner of the Dakota Access Pipeline has filed a giant 231-page lawsuit in federal court on Tuesday, accusing Greenpeace of terrorism, racketeering, organized crime and a litany of illegal activities.

Energy Transfer Partners, the Dallas-based oil and gas company behind the Dakota Access Pipeline, charges that Greenpeace waged a public war on its project with the goal of collecting more donations and profiting from being associated with a hot-button political issue.

Energy Transfer Partners is not the first to accuse Greenpeace of focusing on political issues instead of its stated mission of protecting the environment. Patrick Moore, one of the founding members of Greenpeace, left the non-profit in 1986 after it refused to back down on its politicized campaign against chlorine in drinking water.

“My former colleagues ignored science and supported the ban, forcing my departure,” Moore, a vocal critic of Greenpeace since his departure, wrote in a Wall Street Journal editorial in 2008.

In its complaint filed in U.S. District Court in North Dakota, the lawyers for Energy Transfer Partners lay out the great lengths to which Greenpeace went to thwart their client’s pipeline project.

Greenpeace and its environmental partners deployed a massive propaganda campaign against the Dakota Access Pipeline willfully disseminating “a parade of falsehoods” about virtually every aspect of the project, the suit alleges.

“If these corrupted environmental groups were genuinely focused on the environment, they would be focused on facts and science,” the lawsuit says. “Instead, they focus solely on situations conducive to sensational headlines that will induce strong emotions, and thereby “pressure” (i.e. manipulate) the public at-large.”

This manipulation damages the reputation of the intended targets, while boosting donations to Greenpeace from donors who are unaware of its potentially illegal and extortionist practices, the lawsuit charges.

The lawyers also accuse Greenpeace of terrorist attacks prosecutable under the U.S. Patriot Act  “including destruction of an energy facility, destruction of hazardous liquid pipeline facility, arson and bombing of government property risking or causing injury or death, arson and bombing of property used in interstate commerce and depredation of government property.”

The Dakota Access Pipeline construction was halted by President Barack Obama, who gave in after months of protests. President Donald Trump allowed the construction to restart days after his inauguration in January. The pipeline is on track to begin pumping in June.