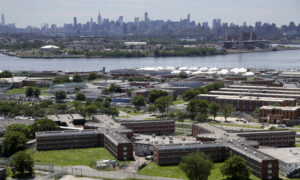 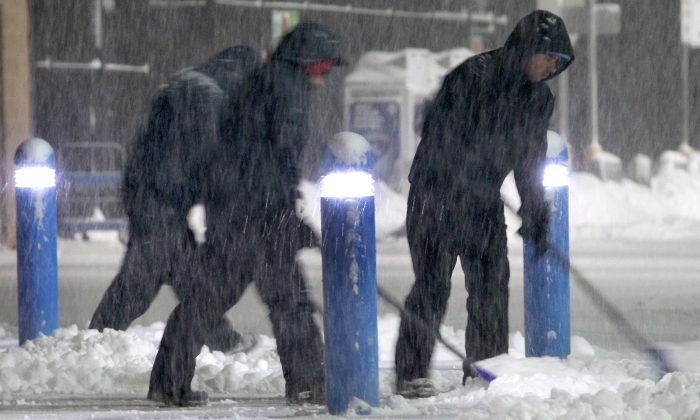 Workers clears snow from the sidewalk outside a business Saturday, Feb. 15, 2014, in the Boston suburb of Hudson, Mass. (AP Photo/Bill Sikes)
New York

New York City Councilman David Greenfield is proposing the city clear sidewalks when property owners don’t and then charge them $250 or more.

“Current law does not provide enough motivation for many property owners to do the right thing,” said Greenfield in press release.

He wants to amend existing law and have the city do the work. That, “would actually result in ice-free sidewalks and additional revenue,” said Greenfield.

Greenfield is proposing to use temporary snow laborers to do the work. The city already has a database of such workers to call when needed.

Uncleared sidewalks with weeks of snow and ice accumulation have become hazardous for pedestrians, particularly the elderly and disabled. The Brooklyn councilman has observed the situation for weeks now and has seen several elderly constituents slip and fall.  Last week he and state Senator Simcha Felder contacted their constituents to remind them of the $100 fine for not clearing their sidewalks.

“Existing law doesn’t get to the heart of the problem,” said Greenfield’s communications director, Conor Greene.

On Monday Greenfield was out and about bringing attention to the issue and brainstorming with constituents what could be done. Residents in the neighborhoods he represents of Boro Park, Midwood and Bensonhurst as well as throughout New York City have been complaining of uncleared sidewalks.