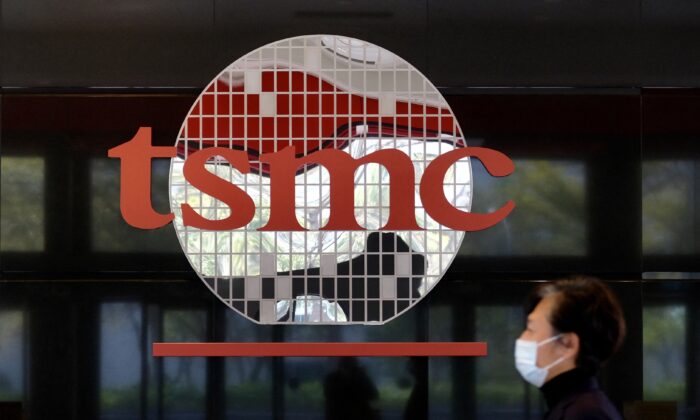 A man walks past a company logo at the headquarters of the world's largest semiconductor maker TSMC in Hsinchu, Taiwan, on Jan. 29, 2021. TSMC has started building a semiconductor factory in Arizona. (SAM YEH/AFP via Getty Images)
Economic Policies

Greenfield Foreign Investment in US Continues to Collapse

The United States has a poor track record of attracting global investors, with foreign investments to new facilities having fallen sharply over the past few decades.

The value of greenfield foreign direct investments (FDI) relative to the size of the U.S. economy has dropped by 96 percent since the 1990s, according to a recent analysis from the Information Technology and Innovation Foundation (ITIF), a technology think tank. Greenfield FDIs are foreign investments in newly constructed or expanded facilities.

While foreign investment in the United States has rebounded in 2021, the situation is not as bright as it looks, according to Ian Clay, research assistant at the ITIF.

In 2021, the overall value of greenfield expenditures was just $3.4 billion, or 0.01 percent of U.S. gross domestic product.

The sluggish investment in new infrastructure, in Clay’s opinion, disproves the notion that the United States is a magnet for foreign investment.

The U.S. Bureau of Economic Analysis (BEA) has reported that FDI flows to the United States recovered in 2021 after seeing a sharp decline since 2018. Foreign investment increased to $333.6 billion, up from $141.4 billion in 2020.

However, acquisitions—the purchases of established U.S. businesses—were largely responsible for this rebound. And the industries that benefited the most from foreign acquisitions last year were pharmaceuticals; real estate; and professional, scientific, and technical services.

The BEA divides FDI into three groups: acquisition, establishment, and expansion. Establishment and expansion are considered greenfield expenditures, which are more desirable.

In 2021, greenfield expenditures accounted for only 1 percent of the FDI flows to the United States, while acquisitions accounted for the remaining 99 percent.

Some observers say the U.S. government isn’t doing enough to encourage greenfield investment at a time when many global corporations are considering leaving China.

A recent survey by QIMA, a quality control and compliance service provider, found that global companies’ efforts to reduce their reliance on China continue, particularly in the aftermath of the 2022 COVID-19 related lockdowns imposed by the Chinese regime, which caused serious supply chain disruptions.

However, it appears that the United States is not benefiting from this exodus.

According to the ITIF, greenfield FDI flows to the United States are not recovering since they are heavily reliant on R&D incentives and other generous policies for capital expenditures.

“R&D incentives relative to other countries has really taken a hit in recent decades,” Clay told The Epoch Times.

He added that the United States was below the Organization for Economic Cooperation and Development (OECD) average in the government tax relief for business R&D.

“On top of that, our capital allowances are much less generous compared to other countries competing for the FDI than they were in previous decades.”

A capital allowance is the amount of capital investment expenses that a company can deduct from its income through depreciation.

Governments throughout the world are increasingly relying on these incentives to promote greenfield investments and encourage innovation.

A recent Tax Foundation study (pdf) shows that the United States ranks 21st in terms of average of capital allowance among the OECD’s 38 members. The U.S. tax code permits businesses to recover 67.7 percent of capital investment costs on average, compared to the OECD average of 70.7 percent. More specifically, the United States ranks 32nd in capital allowances for buildings and 34th for intangible assets.

It ranks 3rd in capital allowances for machinery thanks to the full expensing provision of 2017 tax reform. The provision, however, will begin phasing out this year and will be eliminated by 2026.

According to ITIF, Congress should acknowledge this shortcoming and focus on boosting greenfield investment.

Congress recently passed legislation dubbed the Chips and Science Act, which provides incentives to boost domestic semiconductor manufacturing in America. According to Clay, the 25 percent investment tax credit for investments in chip manufacturing included in the bill will incentivize reshoring to the United States.

Such incentives, he believes, will become more common in the future to promote U.S. competitiveness.