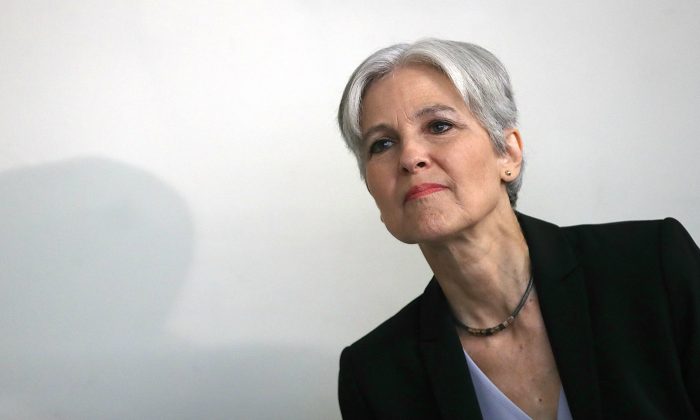 Green Party presidential nominee Jill Stein waits to be introduced prior to a press conference at the National Press Club in Washington, DC. on Aug. 23, 2016. (Win McNamee/Getty Images)
Politics

President-elect Donald Trump won Wisconsin and Pennsylvania by razor-thin margins and has a small lead in Michigan.

All three states had been reliably Democratic in recent presidential elections. Under Wisconsin law, Stein’s campaign must show a basis for the recount in that state and cover costs.

Stein has said she’s concerned voting systems in the three states may have been hacked. Her campaign estimates a Wisconsin recount will cost $1.1 million.

As of Friday morning, Stein’s campaign had raised $4.8 million to seek recounts in all three states.