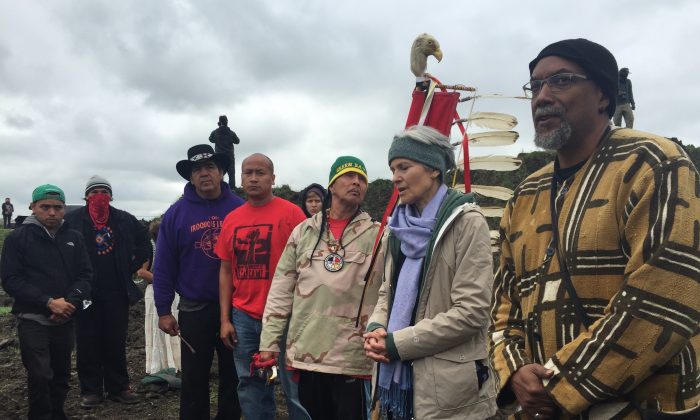 CANNON BALL, N.D.—Authorities say they will charge Green Party presidential candidate Jill Stein who is accused of spray-painting construction equipment during a protest against the Dakota Access Pipeline in North Dakota.

A spokeswoman for Stein says activists invited her to leave a message at the protest site Tuesday. Stein sprayed “I approve this message” in red paint on the blade of a bulldozer.

As of late Tuesday, Stein was not arrested or charged in the incident.

The Standing Rock Sioux Tribe is trying to stop construction of a section of the pipeline that tribal leaders say would violate sacred and culturally sensitive grounds. Angry protesters faced off with construction workers at the site on Saturday.