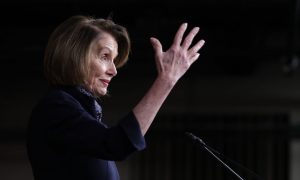 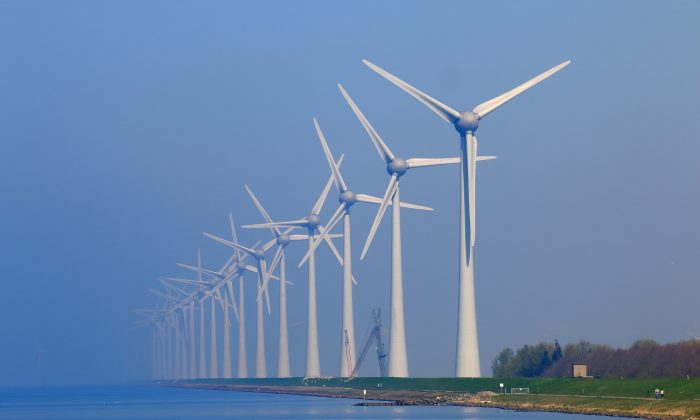 New York would need an estimated 20,551 wind turbines to provide three-quarters of the renewal energy needed to power the state. (Viewsonic99/pixabay.com)
Viewpoints

Welcome to Part 3 of our series examining what it will take to transform New York into the nation’s first state powered entirely (almost) by renewable energy. In Part 2, we calculated how much renewable energy New York would need to completely replace fossil fuels in the electrical generation and ground transportation sectors by 2030. We ended up with a gap of 235 million megawatt-hours (MW-h) per year to fill. I’m sorry to have to tell you that the gap is going to grow larger as we dig deeper—a lot larger.

First, we need to take away the rest of New York’s natural gas. In Part 2 we eliminated all the natural gas New York uses to generate electricity. However, that’s only about 25 percent of New York’s natural gas use. The remainder is used by industry, commercial businesses, residents, and (a tiny amount) to power vehicles. By the rules of the game, it all has to go; and it all must be replaced by electricity generated using renewable sources.

Renewable energy advocates rarely, if ever, talk about replacing natural gas in these areas. There’s a good reason for that: doing so would make them deeply unpopular with the general public. Eliminating natural gas distribution means shutting down every natural-gas-fired furnace, hot water heater, and stove and replacing them with their electric-powered analogs. In the case of home heating, it would require ripping up walls and floors to install radiant heating coils. It would be massively disruptive and expensive for each homeowner and therefore massively unpopular.

So, environmentalists don’t talk about that particular aspect of “going green,” even though in many states like New York, natural gas consumption is the fossil fuel that provides the most energy and produces the most greenhouse gas emissions. It’s far easier to demonize sources like coal-fired power plants and petrochemical companies that exist only in the abstract for most members of the public.

In 2017, non-electrical generation natural gas use in New York state was about 830 billion standard cubic feet. The electrical equivalent is nominally 243 million MW-hr per year. However, New York would actually need more generation capacity than that, since natural gas use is not evenly distributed throughout the year. Natural gas use peaks in the winter time, and we need to be able to accommodate that peak.

Historically, peak winter natural gas use in New York is around 58.4 percent greater than average use. Therefore, in order to accommodate that peak in 2017, New York would have needed the ability to generate the equivalent of 243 x 1.584 = 358 million MW-hr per year of additional renewable power at any given moment. Applying the same assumed decrease in demand use we have used throughout this series, the projected 2030 renewable power required to replace non-electrical generation natural gas use would be 331 million MW-hr per year.

At any given moment, NERC rules require that a certain amount of reserve power be available on the grid to meet fluctuations in demand. Without this reserve, the grid could fail when there is a sudden increase in demand or a sharp decrease in generation or both. Since a sudden drop in wind speed can shut down wind turbines quickly and threaten the stability of the grid, as happened in a famous wind-related emergency in Texas in 2008, reserve requirements are greater where parts of the grid are more wind dependent.

I can’t begin to guess what reserve NERC would require for an electrical grid (RTO/ISO) that is nearly 100-percent wind and solar powered, as we are proposing. Rather than speculate, let’s use a figure that approximates a typical reserve requirement today: 6 percent. That runs the gap up to 600 million MW-hr per year. Dividing this by 8,760 hours per year leaves us with a required generation capacity of 68,504 MW.

We’re finally ready to deploy all those bright, new green assets. Let’s do so at the rate of 3 MW wind capacity per 1 MW solar capacity. Wind generation being cheaper than solar, and because solar is unavailable at night and less efficient depending on type and amount of cloud cover, this seems to be a reasonable distribution.

The largest onshore wind turbine currently available is the MHI Vestas V164-9.5MW (offshore wind turbines can be larger, but we don’t have a lot of shoreline to work with in New York outside of Long Island). Current versions of the V164 can produce up to 9.5 MW and an upgrade to 10 MW is planned. Let’s use the upgrade.

Three quarters of 68,504 MW is 51,378 MW. Divide that by 10 MW per turbine and we conclude that we need to install 5,138 of them. Except, we actually need more, because 5,138 will only provide enough power if they run every hour of every day, which we know they will not. In addition to downtime for preventative and emergency maintenance, wind turbines are often inoperative because the wind is not sufficiently strong.

The amount of power an energy generation asset actually produces compared to what it can produce is called “capacity factor,” expressed as a percentage. The average capacity factor for wind-powered assets in New York State is 25.9 percent. Thus, assuming each wind turbine is going to produce a quarter the power it is capable of, we need four times the wind turbines: 20,551.

Solar needs to provide the remaining 17,126 MW of capacity. This is trickier, because solar’s capacity factor is limited by both the night and cloud cover. So, if we are going to count on solar, we need to store excess energy when solar is capable of generating it, then bleed that energy back into the grid when solar is down. This, of course, calls for batteries.

In New York State, utility-scale solar runs at an average capacity factor of 12.7 percent, meaning we need about eight times the solar generation capacity than required: 134,000 MW. And we need battery storage equivalent to the difference between anticipated demand and the total amount of energy our solar farms will be capable of producing when the sun is shining: 117,000 MW.

We now know what we need to turn New York completely green: 20,551 of the largest onshore wind turbines ever built, hundreds of thousands of solar panels, and about 1 million tons of battery storage. A curious soul might wonder how much space will be needed to deploy all of that equipment and, as importantly, how much the project will cost. We’ll find out in the next installment.

The author’s scratch spreadsheet, if any readers are interested in the base data and calculations, can be found here.