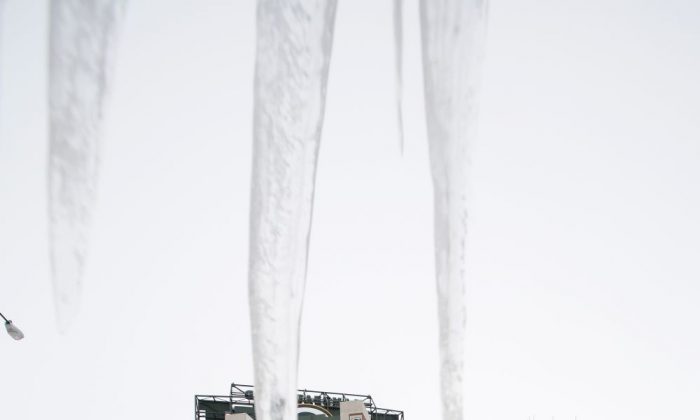 The Green Bay Packers and San Francisco 49ers game is expected to be frigid, getting to minus-two degrees Fahrenheit before the wind chill kicks in. As of 12 p.m. noon, it was at 6 degrees F, and with the wind chill, it was about minus-9 degrees.

The temperature is warmer than previously expected–with some forecasts earlier this week saying it would get below minus-15 or minus-20 degrees.

The San Francisco 49ers will play the Green Bay Packers at 4:40 p.m. ET. The game will be shown on Fox.

Wisconsin is under a wind chill warning until Tuesday–with temperatures getting to minus-35 to minus-50 in some areas, says the National Weather Service.

“A bitter cold Arctic air mass that originated near the north pole in late December will overspread the area today and tonight. The core of the cold air is expected to be across the area late tonight through Tuesday morning. The air mass is expected to be the coldest to affect the area in years. Bitter cold temperatures combined with brisk west to northwest winds will result in dangerous conditions for those who are outdoors,” says the National Weather Service.

The wind chill warning remains in effect until 6 p.m. Tuesday.