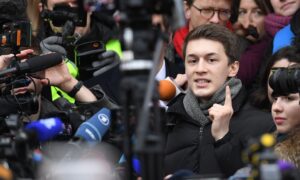 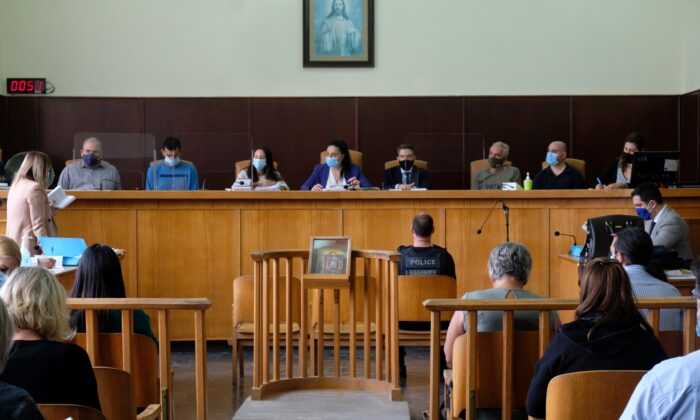 Yiannis Paraskakis, bottom right, who accused of the brutal killing of American biologist Suzanne Eaton in 2019, wearing a bulletproof vest that reads "Greek Police," sits in the court room on the first day of the trial in Rethymno, on the Greek island of Crete, on Oct. 13, 2020. (Giannis Angelakis/AP Photo)
Europe

ATHENS, Greece—A 28-year-old man has gone on trial in Greece for the rape and murder last year of American scientist Suzanne Eaton, who was killed on the island of Crete while attending a conference.

Eaton, 59, disappeared on July 2, 2019, near the port city of Chania. Her body was found six days later in an abandoned underground storage site used during World War II.

Relatives said Eaton had gone for a hike when she was attacked.

The defendant, a Greek man from Crete, appeared in court Tuesday in the Cretan town of Rethymno, wearing a bulletproof police vest. Eaton, from Armonk, New York, was based in Dresden, Germany, where she worked at the Max Planck Institute of Molecular Cell Biology and Genetics.

Eaton’s sister, Julie Broaddus Eaton, was present in court at the start of the trial.