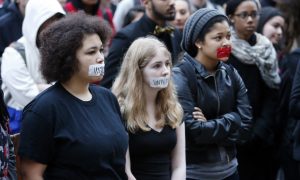 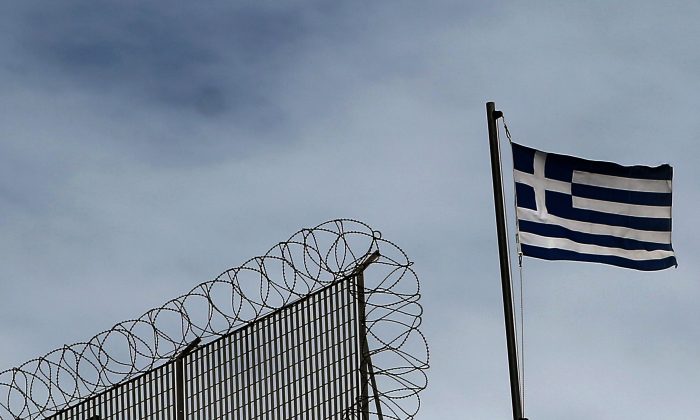 The Greek flag flutters atop a building in Athens on March 1, 2015. (Angelos Tzortzinis/AFP/Getty Images)
Opinion

Fast forward to today. It’s just a matter of time before the eurozone is yet again bombarded by Greek fiscal fire. Every few days or weeks, Greece roots around, looking under the couch cushions for spare change in an attempt to make its next round of debt payments.

People could be forgiven for thinking the euro/Greek crisis is all about such payments—forcing debilitating austerity on suffering Greeks while a courageous (if somewhat loopy) left-wing government fights to ease the pain against German nastiness about debt payments.

In reality, the crisis is mostly about the rich and powerful in Greece—in the private and public sectors—protecting their treasure under the guise of left-wing populism. And they do so at the expense of the very public they claim to defend.

Some examples. Rich Greeks don’t like paying taxes and mostly don’t. One recent study showed that Greek lawyers spend more on their mortgages than they declare in income. Lawyers may not pay taxes but they (and other privileged professionals) benefit from them. The pension fund for lawyers and judges rakes off 1.5 percent of the sale price on all property transactions.

Or consider public sector employee unions in Greece. They virtually control the civil service, determining promotions and pay. The unions protect wrongdoers who thus have little incentive to build competence or, say, collect taxes even from those (see lawyers above) who should pay.

In Greece, taxes are crazy anyways, driving activity underground that could spur the growth needed to create jobs and help pay Greek debts. Greek taxes and levies equal 43 percent of labor costs compared to a developed world average of 26 percent.

Then there’s the country’s bizarre labor market, wired to impede growth. Trucking is a prime example. Every truck needs a license, and the number of licenses was frozen in 1970. That limit on supply created a transportation bottleneck. So Greeks pay more to have furniture shipped a few miles within Greece than from the other side of Europe. They buy vegetables grown in northern Europe because it costs too much to transport produce within Greece.

And if that wasn’t enough, service provided by license-protected truckers is horrid, like when frozen goods are delivered unfrozen, late, and dumped on the street. Add on semi-annual strikes. All of this debilitates Greece’s ability to sell to the rest of Europe.

Such growth stunting rules and regulations afflict workers, professions, and business across Greece—and the bailout packages offered Greece are as much about improving tax collection, ending privileges, and removing regulatory roadblocks to growth as about repayment.

Initial bailout packages required reform, including for the trucking industry. The Greek Parliament dithered for years with special interests tying the process in knots. When reform finally came, the sclerosis was so entrenched that headway was slow.

But progress did emerge, with positive-growth quarters in 2014. That is, until the left-wing Syriza swept to power earlier this year, disrupting work on fiscal matters and the broader and more important reform front.

Syriza is not protecting a socialist heaven but a haven for the privileged in Greece, be they government workers or private plutocrats. Even when the Greek government was pumping foreign money to the powerful, its spending on social programs and for the poor was minuscule—and Syriza does not have serious proposals for changing this.

Greek reform is essential. It’s less about paying off some debt (though that is important) then about giving the Greek economy a chance to grow, Greeks workers an opportunity for decent pay in the formal economy, and the poor a chance to escape poverty through their own efforts.

The real victims of today’s Greek fire are the Greeks themselves.

Fred McMahon is a resident fellow at the Fraser Institute. This article was previously published on TroyMedia.com.