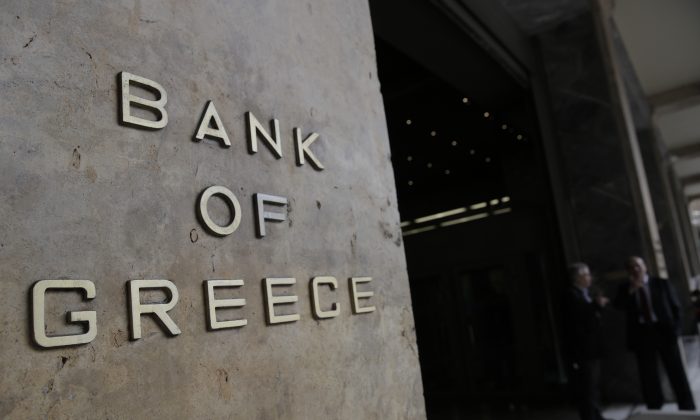 People walk past the Bank of Greece headquarters, in central Athens, on Friday, March 6, 2015 . European Central Bank head Mario Draghi said the ECB "stood ready" to once again permit Greek banks to use junk-rated Greek government bonds as collateral to get credit from the ECB. That would happen as soon as the bank assesses that Greece is likely to successfully complete a creditor review of its progress. (AP Photo/Petros Giannakouris)
Europe

ATHENS, Greece—Greek banks are reopening Monday after a forced 3-week closure but restrictions on cash withdrawals will remain.

In a decree Saturday, the Greek government kept the daily cash withdrawal limit at 60 euros ($65) but added a weekly limit. For example, a depositor who doesn’t withdraw cash on Monday can withdraw 120 euros ($130) on Tuesday, and so on, up to 420 euros ($455) a week.

Greece closed its banks on June 29 after the European Central Bank did not increase emergency funding for the failing banks as the country’s second bailout deal with creditors expired.