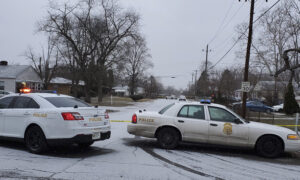 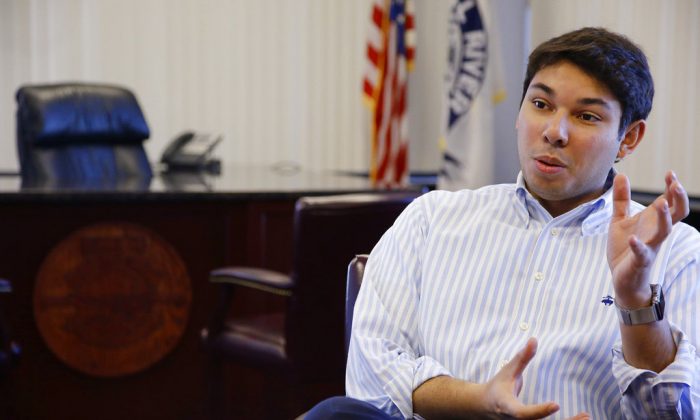 BOSTON—A Massachusetts mayor who was first elected at age 23 was charged on Oct. 11, with using investments in a company he formed as his “own personal ATM” to enjoy casinos and adult entertainment, buy a Mercedes, and pay down student loan debt.

Jasiel Correia, the mayor of Fall River, collected more than $360,000 from investors to develop an app that was supposed to help businesses connect with consumers, federal authorities say. Instead, he spent more than $230,000 of the investor funds to bankroll a lavish lifestyle and advance his political career, officials say.

Now 26, the Democrat was elected as a city councilor in 2013 and after one term was elected mayor in 2015, the youngest mayor in the history of the old mill city of about 85,000 people and the first of Cape Verdean descent. The U.S. Conference of Mayors said at the time he was the youngest mayor to run a city as large as Fall River. He won re-election handily in November.

Correia was arrested early Thursday in Bridgewater and charged with wire fraud and filing false tax returns. He pleaded not guilty in Boston’s federal court, told reporters he believes he will be vindicated and said he will “absolutely not” resign.

“I look forward to my day in court to share my side of the story and to clear my name,” he said in a written statement.

Correia founded SnoOwl in 2012 and began the next year to seek investors in return for equity in his company, the indictment says. While he spent the funds for his personal gain, U.S. Attorney Andrew Lelling said, he lied to investors about the progress of the app as the company floundered.

Prosecutors allege Correia stole at least $231,447 from seven investors in SnoOwl. Authorities say he also filed false tax returns as soon as he learned he was under federal investigation.

Prosecutors say he used the money to purchase tens of thousands of dollars of luxury items, including jewelry for an ex-girlfriend, designer clothing, and a Mercedes; to pay for personal travel and entertainment; to fund his political campaign; to pay down his student loan debt; and to make charitable donations in his own name.

“During the election, he even touted his stewardship of SnoOwl as one of his primary qualifications to be mayor of the town,” Lelling said.

Correia attended Providence College in Rhode Island and in 2014 was named entrepreneur of the year by the Fall River Area Chamber of Commerce, according to his online biography, which called him “a classic example of a Fall River kid made good.”

Fall River is a working-class city in southeastern Massachusetts, some 55 miles from Boston. It is perhaps most famous for Lizzie Borden, a resident who was acquitted of killing her father and stepmother with an ax in 1892.

Correia’s parents contemplated moving out of the city when he was in middle school, but he resisted because he already had his sights set on becoming mayor, his mother told The Associated Press in 2016.

Correia was recently among 10 Democratic mayors in Massachusetts who chose to endorse Republican Gov. Charlie Baker for re-election in November over Baker’s Democratic challenger, Jay Gonzalez.

Terry MacCormack, a Baker campaign spokesman, said the governor believes the charges are “very serious” and will work with officials to ensure the city has strong leadership as Correia’s case moves forward.