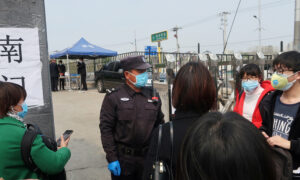 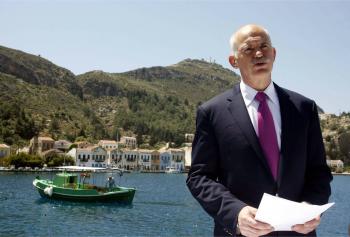 MUNICH—The Greek financial tragedy continues to weigh on the European economy as the struggling EU member tries to secure multibillion dollar loans to bail itself out of its enormous $400 billion debt.

The latest appeal from Greece called the EU and International Monetary Fund (IMF) to provide a loan of $60 billion to aid the suffering economy. The final decision will be known in early May.

The appeal is the result of a wave of unsuccessful borrowing attempts where investors were demanding from Greece interest rates three times higher than that of Germany. Moody’s Investors Service has lowered Greece’s credit rating to A3, and the yield of its two-year note has surged to 11 percent, close to Pakistan.

Greek Prime Minister George Papandreou feels indignant about such high borrowing costs and blames the markets for their mistrust and lack of support for Greece.

“There was no response from the markets, either because they didn’t believe in the political will of the EU or because they decided to go on with speculation,” he told reporters this week. “The situation threatens to demolish not only the sacrifices of the people but also the regular course of the economy.”

Deutsche Bank analysts expect Greece to contract another 4 percent by the end of 2010, as the country needs to pay off $13 billion on mature bonds and another $26.8 billion for debt coupons, and finance the deficit. This money is expected to be extracted through austerity-measure programs aimed at increasing tax, lowering public wages, and eliminating jobs.

Meanwhile, the euro continues to lose ground, falling 7 percent against the dollar over the past 12 months. Analysts speculate that the downfall of the euro could be directly linked to the Greek fiscal collapse. Talks of having the euro currency split up and be used only in the most successful EU countries are being heard more often in political and economy circles.

Greece began using the euro currency two years after its initial entry into the EU, because it didn’t qualify due to its enormous budget gap and still-developing economy. After skillfully understating its budget deficit, it was able to barely qualify itself for the currency and therefore was benefitting from European Central Bank’s (ECB) low interest rates and EU funds that helped it build infrastructure facilities such as airports, roads, and public buildings.

'Not fit to use currency'

The country has recorded a 4 percent economic growth for eight straight years until 2008. While recording economic growth on its balance sheet, Greece was amassing large budget deficits that no one cared to notice in the times of inflated success. But to many analysts, the main difference was that Greece was not fit to use the currency, which was mainly managed in Frankfurt and by the ECB in Brussels, to whom Greece was just a small speck in comparison.

When the euro came under pressure during the economic crisis, reality set in and Greece could not borrow freely anymore and live on its borrowed debt. It is similar to the case of a user of credit card that was maxed out and needed to be paid when the person didn’t have the means to pay it back. Many EU politicians, including the German’s Christian Democrats Union (CDU) representatives, see the only way for Greece to end such crisis is to force Greece to leave the euro currency.

“The real alternative is for Greece to leave the currency union and become competitive again via hard structural reforms,” said Werner Langen, who is the head of CDU group in Germany.

Angela Merkel, the German chancellor, however, is sympathetic and doesn’t want to give up on Greece and still offers help. She said that if Greece shows steps to bring down its budget deficit by 2012 within the EU limit and satisfies “very stringent conditions,” it will receive the necessary aid.

“Only when these two conditions are met, can we talk about specific aid, including the kind of aid and the amount,” Angela Merkel told reporters in Germany.

Given all the negativity surrounding Greece, the only positive note for many EU citizens is that holidays in Greece will be much cheaper this year.

“The current debt crisis will not affect the value of the euro in the short term, but holidaymakers can expect plenty of deals as the Greeks try to lure us over there to give them much-needed revenue,” Frances Tuke of the Association of British Travel Agents said.