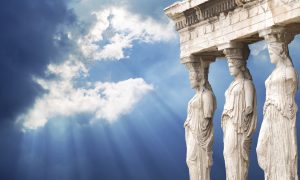 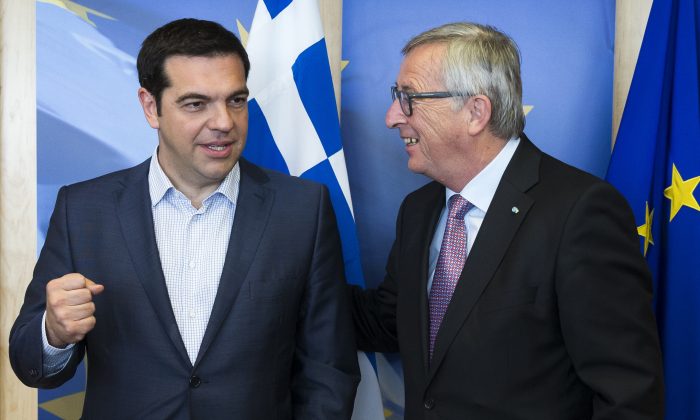 BRUSSELS—Greece and its international creditors on Friday moved closer to a deal which would allow the cash-strapped country to avoid a default and stay in the euro currency club, after Prime Minister Alexis Tsipras made a second set of concessions within a week, officials said.

Greece has agreed to cut pensions to a level very close to what creditors have demanded before they release new loans, officials said on condition of anonymity because of the sensitivity of the negotiations. The move comes only days after Greece agreed to 8 billion euros in austerity cuts and new taxes over two years.

After the first Greek proposal, Germany and other creditors, particularly the International Monetary Fund, were concerned Athens would rely too much on business taxes that could hurt growth. They insisted Greece had to do more.

Friday’s latest proposals brought Tsipras from the IMF and European institutions much closer together, enough for some to anticipate that an emergency meeting on Saturday of the eurozone’s 19 finance ministers could bring the decisive breakthrough.

Under the latest proposal, Athens said it will cut the contribution from the Greek state to pensions by between 0.25 percent and 0.5 percent of GDP this year and by 1 percent next year.

An official from one of the creditor institutions said that if you assess both sides “the difference now is very, very small.”

Megan Greene, chief economist at Manulife Asset Management, said that “The gap between Greece and its creditors looks much smaller now that Greece has caved on some of its proposed pension reforms.”

Tsipras earlier met with Merkel and French President Francois Hollande on the sidelines of a European summit in Brussels on Friday, as talks on unfreezing the country’s bailout loans were at an impasse.

Greece could be in arrears of payment to the IMF as soon as Tuesday, when it has a debt repayment of 1.6 billion euros.

Negotiations have stumbled on what economic reforms Greece must make in return for the remaining 7.2 billion euros in its international bailout program.

Should it default on its debt, Greece could eventually have to leave Europe’s joint currency, the euro. That would likely plunge the country back into a deep and long recession and shake European and global markets.

European leaders have demanded finance ministers from eurozone countries reach an agreement Saturday on the reforms Greece must make to unfreeze its bailout loans.

Tsipras, elected in January on promises to repeal the deep austerity measures imposed on the country in return for two bailouts totaling 240 billion euros, has been adamant he will not agree to more recessionary measures.

With the European part of Greece’s bailout expiring on Tuesday, and with it the country’s potential access to the remaining funds, time is running out.

“It really has to happen tomorrow,” said Jeroen Dijsselbloem, who heads the 19 eurozone finance ministers’ meetings known as the eurogroup, said of a potential deal. Any agreement, he noted, would have to go through the parliaments of Greece and several other eurozone countries, meaning the weekend is the latest possible time for a deal to be reached before June 30.

Greek officials have said all possibilities remain open, including that of not reaching an agreement.

In the current climate, with creditors insisting on draconian budget savings, “the chances are very small” for an agreement, Labor Minister Panos Skourletis said on private Mega television.

Business leaders in Greece have been alarmed by the proposed measures, which include increases in company and consumer taxes.

The creditors’ proposed measures are “exceptionally punishing for the Greek society and economy,” said Vasilis Korkidis, head of the Hellenic Confederation of Commerce and Entrepreneurship, saying they would affect profitable parts of the Greek economy.

However, he warned, an alternative of no solution and a break in ties with Greece’s European partners would be far worse.

“If you ask me … what I prefer between a bitter and painful deal and a catastrophic rupture, I clearly chose a deal for Greece to remain in the euro with a vision of growth,” Korkidis said in a statement.

Dijsselbloem said a package was needed “that gets Greece back on its feet.” He noted investors had left the country and said many no longer had faith in the government.

“The trust has to return and that requires a deal, it requires a number of reforms and they will have to accept that,” Dijsselbloem said.

But Finance Minister Yanis Varoufakis, speaking to Irish radio RTE, said Greece had “bent over backwards to accommodate some rather strange demands by the institutions. It is now up to them to come to the party.”

He said there was a “moral duty” to reach an agreement.

“Our commitment to remain in the eurozone is absolute,” Varoufakis said. However, he added, as a debtor nation “I think I have a duty not to take on more loan tranches unless there is some prospect that these debts will be repaid.”

Separately, a banking official said the European Central Bank had agreed Friday to a request for support to Greek banks. The official declined to specify whether the request was for an increase in the emergency credit Greek banks have been receiving.

Worried depositors have been pulling their money out of Greek banks, fearing a failure in the negotiations could lead to financial turmoil and a restriction on banking transactions. An estimated 4 billion left Greek banks last week.