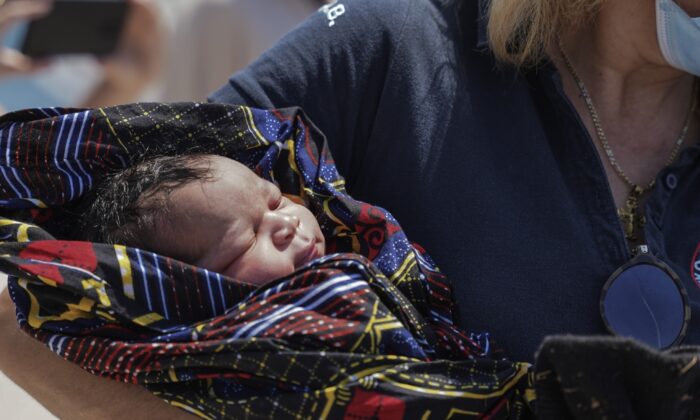 LESBOS, Greece—Authorities in Greece say a woman from Eritrea has given birth on an uninhabited rocky islet after traveling with other migrants from nearby Turkey.

A coast guard official said 29 Eritreans—24 men and five women—were spotted Wednesday during a patrol near the eastern Greek island of Lesbos. One of the women had just given birth.

They were also rescued and taken to Lesbos, with the mother and baby receiving hospital treatment.

“They were spotted by a patrol and are all in good health,” the coast guard official said on condition of anonymity because an official announcement hadn’t yet been released.

“The mother and the baby are also in good health,” the official said.

The migrants were found on the islet of Barbalias, about three kilometers (two miles) east of Lesbos and around 20 kilometers (12 miles) from the Turkish coast. Local officials said the baby was a boy.

Over the weekend, the coast guard rescued 108 migrants from a leaking and rudderless sailboat near the holiday island of Mykonos.