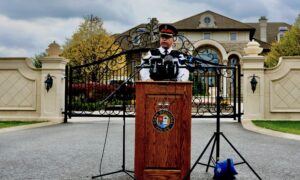 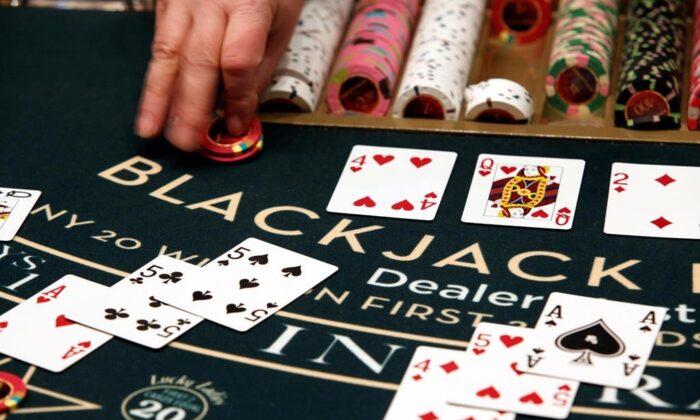 TORONTO—Officials with the Yukon government have confirmed the identities of a couple from Vancouver who allegedly travelled to a remote community last week to receive doses of COVID-19 vaccine amid media reports that the former president of the Great Canadian Gaming Corp. was one of those charged with breaching the territory’s Civil Emergency Measures Act.

The tickets were issued on Thursday under Yukon’s Civil Emergency Measures Act and both face fines of $1,000, plus fees.

The allegations against them have not been proven in court and the tickets indicate the couple can challenge them.

Rodney Baker and Ekaterina Baker could not be reached for comment and The Canadian Press could not independently confirm their identities, including that they are married and that Ekaterina is an actress.

Great Canadian Gaming Corp. spokesman Chuck Keeling says in a statement that the company does not comment on personnel matters.

The statement also says the company complies with guidelines from public health authorities in all the jurisdictions where it operates.

“Our overriding focus as a company is doing everything we can to contribute to the containment of COVID-19,” it says.

Yukon officials could only confirm that the two people charged in Whitehorse had travelled to the small community of Beaver Creek near the border with Alaska.

Territorial enforcement officers received a call about the pair who were later intercepted at the Whitehorse airport trying to leave Yukon, he said.

Streicker said he was outraged by their actions and members of White River First Nation in Beaver Creek felt violated.

“We implore all Canadians to respect the vaccination rollout process and to not take similar actions.”

White River was prioritized to receive vaccine because of its remoteness, elderly population and limited access to health care, Demit added.

Great Canadian said in a statement released Monday that its former CEO has also resigned as a member of the company’s board of directors.

It said Terrance Doyle, president of strategic growth and chief compliance officer, has been appointed as interim chief executive.

The company is in the middle of being acquired by a fund affiliated with Apollo Global Management Inc.

Great Canadian shareholders voted to approval the deal late last year and the Supreme Court of British Columbia has also signed off on the investment fund’s takeover offer.

The gaming company is expected to be delisted from the Toronto Stock Exchange after the deal is finalized in the second quarter of 2021, as long as regulatory and closing conditions come through.