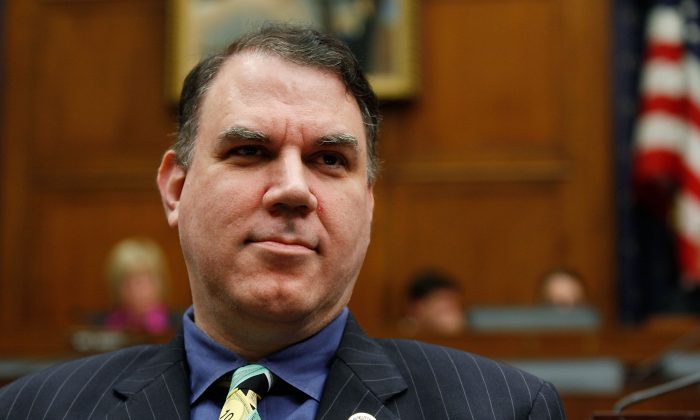 Alan Grayson’s e-mail likening the Tea Party to the KKK drew criticism. In the Democratic Congressman’s e-mail, it includes a burning cross in the shape of the letter “T” for the Tea Party, a branch of the Republican party.

“At this point, the tea party is no more popular than the Klan,” Grayson, who is from Florida, said in an excerpt of the e-mail, according to Politico. It was from an interview with the Rev. Al Sharpton.

“Congressman Alan Grayson deserves your support, like no one else,” the email reads. “He, and only he, is saying the things that you are thinking, and so much need to be said.”

The e-mail also includes two KKK-looking figures in the background near the burning cross. When recipients click on the image, they go to Grayson’s campaign page.

Republicans were quick to condemn the e-mail.

“There’s no excuse for the hateful words and imagery used by Congressman Grayson,” Matt Gorman, a spokesman for the National Republican Congressional Committee, told Fox News. “This hate-filled rhetoric has Americans fed up with Washington.”

House Democrats, he said, need to “swiftly and strongly condemn him and return the money he has raised for them.”

Grayson said he won’t apologize for the e-mail.

“One could go on and on, because there is overwhelming evidence that the Tea Party is the home of bigotry and discrimination in America today, just as the KKK was for an earlier generation. If the shoe fits, wear it,” Grayson said, according to Fox.