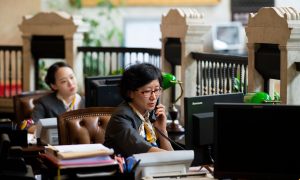 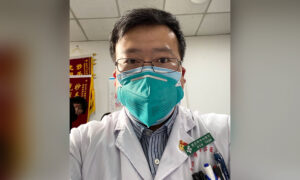 Chinese Doctor Tried to Save Lives, but Was Silenced and Became Infected With Coronavirus
0 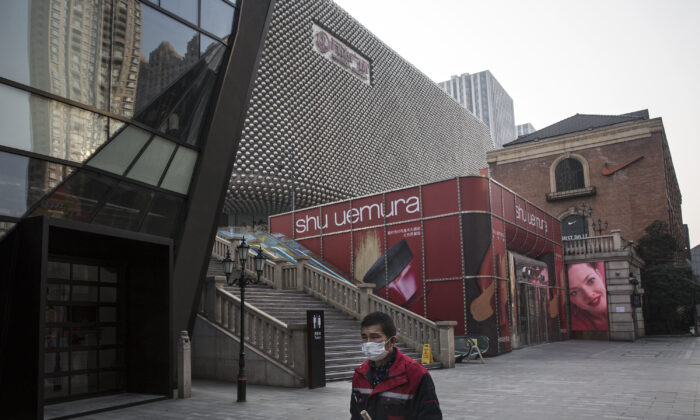 A cleaner wears a protective mask as he walks down an empty street in Wuhan City, Hubei Province, China, on Feb. 3, 2020. (Getty Images)
China Business & Economy

China has stepped up economic support measures in recent weeks to prop up a domestic economy straining under the coronavirus outbreak.

Most businesses and business activities have shut down since the Chinese New Year in late January. Some business activities will resume beginning Feb. 10 but the ongoing coronavirus outbreak is expected to have a debilitating impact on the world’s second-biggest economy in early 2020.

In light of the slowing economic activity, Beijing regulators on Feb. 1 ordered the country’s banks to lower interest rates and extend payment deadlines on loans to help small and medium-sized enterprises (SMEs) to cope with lower revenues associated with the virus outbreak.

Two people familiar with the thinking of the China Banking and Insurance Regulatory Commission (CBIRC) confirmed to Reuters on Feb. 6 that Beijing regulators have asked the banking community in some cities to assess the impact of the outbreak on their borrowers and file regular reports to regulators.

China is struggling to contain the spread of the virus, and so far has enacted measures to restrict transportation, canceling public events, and closing crowded public spaces. The vastly reduced foot traffic hurts consumer spending, and smaller businesses are often the first to suffer.

Economic damage will be severe. Economists looking back at the 2003 Severe Acute Respiratory Syndrome (SARS) outbreak are unlikely to find a relevant correlation. The consumer consumption sector is now a far higher proportion of Chinese economic growth. “The contribution of consumption rose to 64 percent of growth in 2019, on a three-year average basis, from around 47 percent in 2003,” according to a report by Moody’s.

Other factors exacerbating this outbreak include the timing—just ahead of the key season for traveling and consumption during Chinese New Year—and the location. Hubei Province in central China is a major transportation and manufacturing hub along the Yangtze River Economic Belt.

Lastly, in 2003, China was in the middle of an economic expansion. A short but severe shock caused by SARS was manageable. But today the coronavirus hit in the midst of weakening growth, an ongoing trade war with the United States, and secular changes within China’s employment base.

SMEs are being hit especially hard. A survey conducted by Peking University and Tsinghua University on almost 1,000 small and medium-sized companies found that 34 percent could only survive for one month or less on retained savings.

Chinese lenders are expected to rollover existing loans to SMEs and offer refinancings in accordance with Beijing regulatory instructions.

The financial relaxation measures enacted by CBIRC make sense in times of emergency. But for China and the Chinese Communist Party (CCP), they will have little impact beyond worsening existing systemic financial risks and other longstanding issues.

“Gray rhino” is a term meaning large and visible problems in the Chinese economy that are usually ignored—not completely dismissed but they’re risks which are known and managed. “Black swans” describes a risk or event that comes as a complete surprise and brings about severe consequences. Economists are most fearful of such “black swans.”

The amount of bad debt on Chinese bank balance sheets is one of China’s gray rhinos. Even last year, banks were already struggling from an economic slowdown and mounting bad debt, especially small to midsized banks in China’s western and rural areas.

Last year, CBIRC found in a stress test that 7.7 percent of lenders were at extreme risk of being unable to withstand a light risk, and 13.6 percent were at high risk, according to a Reuters report.

The gray rhino of the struggling banking sector coupled with the black swan event of the coronavirus outbreak will likely be devastating. Banks are required to continue lending to SMEs even without payment, according to policy, but many of those SMEs do not meet the financial or risk management profile to warrant continued lending. And unless the coronavirus is contained quickly and companies can get back to business, these temporary measures will likely be futile.

For banks, they are supporting SMEs at their own peril. Of course, China’s central bank is also expected to support lenders with low benchmark interest rates and bailouts if necessary.

In the end, this policy will only add to existing difficulties.