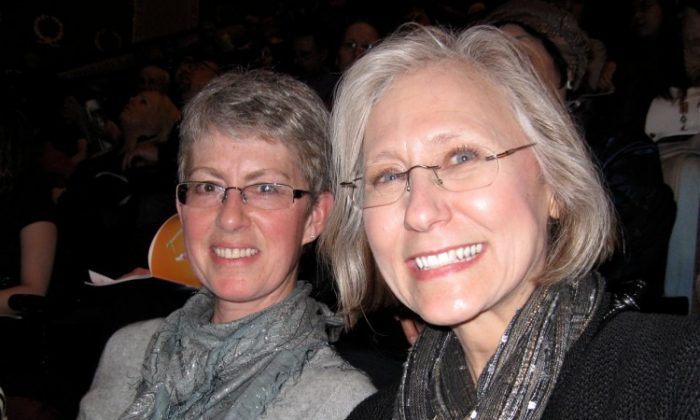 Ms. Gordhamer is owner of an awards business with her husband. They do engravings and provide graphic arts services to their clients.

“I am so impressed with the skill of the dancers, the costuming and the story telling,” she said.

A performance by New York-based Shen Yun has at its heart classical Chinese dance, which is a system of dance that is nearly as old as China’s civilization itself, the company says. Although mastering the dance requires extensive training and athleticism, it is able to convey the innermost thoughts and virtues of each performer.

Featuring story-based dances, Shen Yun presents tales of wisdom, loyalty, and compassion from ancient times up to the modern-day.

She called the performance “energizing and uplifting” and “so entertaining.”

Ms. Gordhamer said she learned a lot about the traditional Chinese culture through watching the performance, saying that “it’s wonderful to see it.”