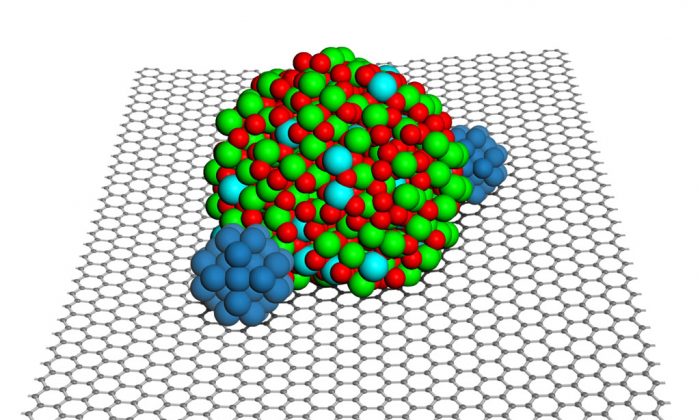 By University of Exeter
biggersmaller
Print

A resilience to extreme conditions by the most transparent, lightweight and flexible material for conducting electricity could help revolutionize the electronic industry, according to a new study.

Researchers from the University of Exeter have discovered that GraphExeter—a material adapted from the ‘wonder material’ graphene—can withstand prolonged exposure to both high temperature and humidity.

The previously unknown durability to extreme conditions position GraphExeter as a viable and attractive replacement to indium tin oxide (ITO), the main conductive material currently used in electronics, such as ‘smart’ mirrors or windows, or even solar panels. The research also suggests that GraphExeter could extend the lifetime of displays such as TV screens located in highly humid environments, including kitchens.

These research findings are published in the respected scientific journal, Scientific Reports, on Thursday, 8 January 2015.

Lead researcher, University of Exeter engineer Dr Monica Craciun said: “This is an exciting development in our journey to help GraphExeter revolutionise the electronics industry.

“By demonstrating its stability to being exposed to both high temperatures and humidity, we have shown that it is a practical and realistic alternative to ITO. This is particularly exciting for the solar panel industry, where the ability to withstand all weathers is crucial.”

Dr Saverio Russo, also from the University of Exeter, added: “The superior stability of GraphExeter as compared to graphene was unexpected since the molecules used to make GraphExeter (that is FeCl3) simply melt in air at room temperature.

“Having a metallic conductor stable at temperatures above 600 degrees Celsius, that is also optically transparent and flexible, can truly enable novel technologies for space applications and harsh environments such as nuclear power centrals.”

At just one atom thick, graphene is the thinnest substance capable of conducting electricity. It is very flexible and is one of the strongest known materials. The race has been on for scientists and engineers to adapt graphene for flexible electronics. This has been a challenge because of its sheet resistance, which limits its conductivity.

In 2012, the teams of Dr Craciun and Profesor Russo, from the University of Exeter’s Centre for Graphene Science, discovered that sandwiched molecules of ferric chloride between two graphene layers make a whole new system that is the best known transparent material able to conduct electricity. The same team have now discovered that GraphExeter is also more stable than many transparent conductors commonly used by, for example, the display industry.

This article was originally published by the University of Exeter.