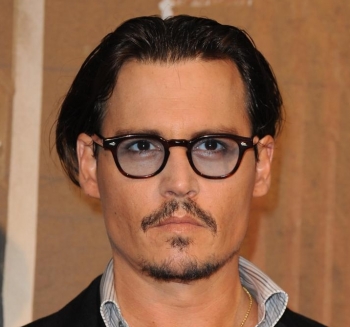 AHOY MATEY: Johnny Depp is in for a fourth 'Pirates of the CaribbeanÃ¢ï¿½ï¿½ film. (Pascal Le Segretain/Getty Images)
Entertainment

Johnny Depp is Back on Board

Johnny Depp sailed on stage aboard a pirate ship at the D23 Expo in Anaheim last Friday. The actor took part in the announcement by Walt Disney Studios that the fourth installment of the “Pirates of the Caribbean” movie franchise is in the works. The picture, subtitled, “On Stranger Tides,” is slated to be released in the summer of 2011. The studio also announced Depp’s role as Tonto in the upcoming adaptation of “The Lone Ranger.”

Ray Romano Working on His Game

Comedian Ray Romano will be featured on The Golf Channel’s “The Haney Project” this spring. The popular reality series follows Tiger Woods’ swing coach Hank Haney as he advises celebrities on their game. Last season centered on former NBA star Charles Barkley and won the channel record ratings. In a statement, The Golf Channel’s Tom Stathakes said, “With Ray’s sense of humor and dedication to improving his golf game, we are confident season two will be bigger than ever.”

NFL quarterback Tom Brady and his wife, supermodel Gisele Bundchen, have revealed that they are awaiting a child. The football star confirmed that his wife is due at the end of the year in an interview with ESPN’s Chris Berman. With the new season underway, he jokingly remarked, “I told her… no Sundays.”

Actors Tina Fey, Justin Timberlake, and Michael J. Fox were among those honored at the Creative Arts Emmy Awards on Saturday. The Academy of Television Arts & Sciences confers this particular class of Emmy for achievement in technical areas, animation, and guest acting. Tina Fey won for her guest appearances on NBC’s “Saturday Night Live” (SNL) impersonating vice presidential candidate Sarah Palin. Justin Timberlake was also honored for work on “SNL”—as a guest host. Michael J. Fox received an Emmy for his guest appearance on FX’s “Rescue Me.” The PBS miniseries, “Little Dorrit,” an adaptation of a Charles Dickens work, was the top winner overall.

Longtime ABC anchor John Stossel is moving to cable’s Fox News. Starting next month, the journalist will host his own show on the Fox Business Network and make regular appearances on the Fox News Network. In his blog he stated, “I’m grateful to ABC News for allowing me to do stories that challenged conventional wisdom, and occasionally enraged many of its viewers.” He went on to say, “In my new job, I want to dig into the meaning of the words “liberty” and “limited government.”