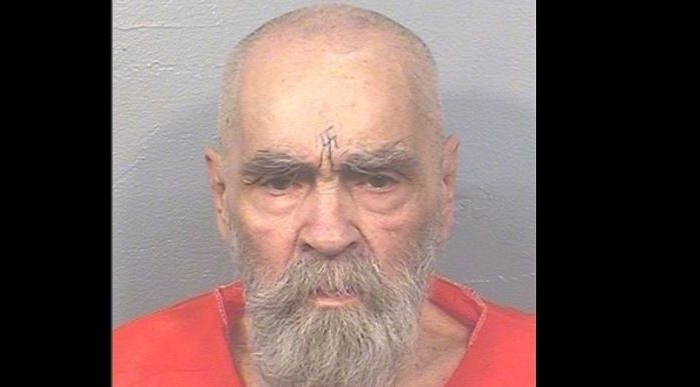 The alleged grandson of Charles Manson, the only living descendant of the cult leader who died on Sunday night, spoke out.

“It’s a little rough for me right now,” Jason Freeman, 41, told the New York Post after news of Manson’s death emerged. “It was hard because I didn’t get to see my grandfather before he passed, and that’s something I’ve been working really hard at during this last year.”

Where are the members of Charles Manson's Family now? https://t.co/Y0Qi8wCF0z pic.twitter.com/rN5WLHrWmi

Charles Manson has never officially acknowledged any of his so-called offspring.

Freeman is the son of Charles Manson Jr., the only known child of Manson. Manson Jr. changed his name to Jay White to escape the infamy of his surname. He killed himself in 1993 in Burlington, Colorado, CNN reported in 2012.

“Forbidden from talking about Charles Manson to his school friends lest they tease and taunt him, Freeman always felt different from the other kids. Even behind closed doors and with his own family, talk about Charles Manson was discouraged. He was not permitted to ask his grandmother, Rosalie, about Charles Manson, the man she married in 1955. It was a ghostly elephant roaming through his life.”

“More than anything, Freeman wants to connect with the father he knew only through an occasional letter or gift. He believes his father, who changed his name to Jay White, purposely stayed away from him, not wanting to tarnish his childhood in the same way his had been. ‘He just couldn’t let it go,’ reckons Freeman. ‘He couldn’t live it down. He couldn’t live down who his father was.'”

Manson was convicted in the killings of seven people—namely, ordering their deaths. He died at a Kern County hospital of natural causes at the age of 83.

She was killed by Charles Manson's followers and then, because of her family, became the face of victims' rights. Our story on Sharon Tate https://t.co/UWYnkkYbRY

“There’s no one else out there related to my grandpa, so it’s all on my head,” Freeman, who is an oil rig worker, told the Post.

Freeman said in January 2017—when Manson was last hospitalized—saying that he wanted to see him in person. “Anybody with a kind heart and a gentle soul would want to see their parents or grandparents at their worst states in life, I just want to visit my grandfather while he’s in the hospital before it’s too late,” Freeman said. “I love people even if they do me wrong or if they’ve done things wrong in their lives, I believe in forgiveness.”

Charles Manson's grandson laments not getting final visit https://t.co/9xiIjLbEEc via @nypost: Ask the relatives of the ones he murdered if they forgive.

However, Manson may not have felt the same.

In a new report from People magazine, the mass murderer didn’t list any next of kin, according to corrections officials.

Relatives have 10 days to come forward to claim his body, an official told the magazine on Monday afternoon. Then, the “state will assume responsibility,” and the official wasn’t sure if Manson will be cremated or buried.

“I know we are going to follow the law and comply with the law,” the official told People, requesting condition of anonymity. “I don’t know if anyone will come forth, but I know there is that 10-day period.”

The state of California will also take possession of any property that Manson left behind as well as any funds he left will be used to cover cremation costs, TMZ noted.