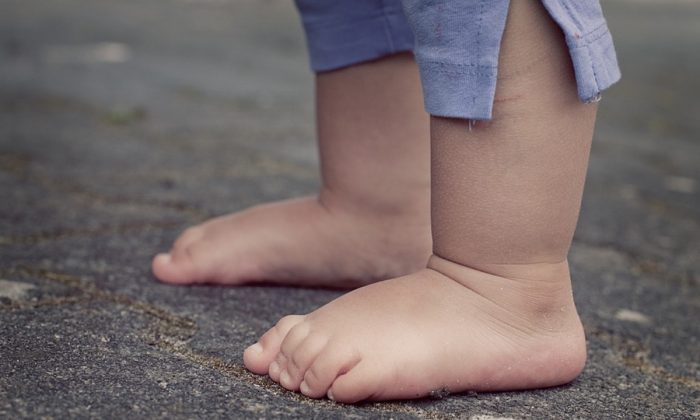 Stock image of a toddler. (FeeLoona/Pixabay)
Crime and Incidents

Grandmother Gets Custody of 3-Year-Old Boy Found on Porch

A 3-year-old Florida boy found sleeping on a porch in Buffalo, New York, will go home with his grandmother, a judge decided Sept. 27, as investigators try to figure out whether the remains of two people found in a burned car are those of his parents.

Zenaida Colon, the paternal grandmother of the boy, has been granted temporary custody by a Family Court judge. She traveled out of Florida after having recognized her grandson, Noelvin Valentin, in news reports.

A resident found the boy on Sept. 16 in a box that she had left out for stray cats on her porch on Potomac Street in Buffalo. After that, police released photos of him to learn his identity.

New York is releasing the boy from Child Protective Services (CPS) to the family and once he is in Florida, they will need to file for full custody there. According to Spectrum News, the family’s lawyers said on Sept. 26 that everything will be transferred to Florida with no objections.

The boy was in the custody of Erie County CPS ever since his parents—Miguel Anthony Valentin-Colon, 31, and his girlfriend Nicole Merced Plaud, 24—went missing in mid-September. Their friend, Dhamyl Mirella Roman-Audiffred, 29, who was traveling with them, is also considered missing.

Colon told WIVB that the three adults and 3-year-old Noelvin were traveling to Buffalo, New York, from Orlando, Florida, for a vacation.

She added that she had last spoken to Noelvin’s parents on Sept. 15 and fears that they are the same people who were found dead in a burned-out car late Sept. 16. WIVB reported that police believe the fire burned extremely hot and started around 3 a.m. that day.

The car was found behind Black Rock Mini Storage on Tonawanda Street in Buffalo, about a mile from where Noelvin was found.

Meanwhile, about 4.4 pounds of cocaine was found in a hotel room near Buffalo, where the three adults were staying, reported The Buffalo News.

The outlet also reported that police announced at a news conference Sept. 19 that the vehicle was a white Chrysler Pacifica that Noelvin’s parents had rented in Florida.

“Potentially all three of them are still alive. We have not identified the people in the vehicle,” Buffalo Police Capt. Jeff Rinaldo told reporters.

Because the remains in the burning car have not been linked to the missing persons case, police are treating it as a separate homicide case.

“This is still a missing persons investigation … running alongside with now a homicide investigation,” Rinaldo said on Sept. 19.

Police are asking anyone with information about the case to contact them at 716-851-4466.