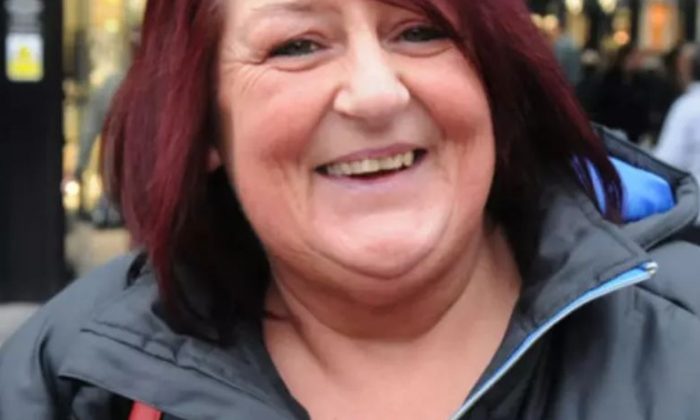 A U.K. grandmother, who married a convicted American killer while incarcerated, died from a freak blood clot as she was trying to meet him.

Kay Frazier, 50, exchanged 12,000 letters with Gary Frazier before getting married to him in 2012. She began writing to him in 2010 as part of a pen pal program to support prisoners.

After a ceremony in his prison cell, Frazier went back to Wigan, U.K., but continued to write 12 letters each day and visited him frequently in Nebraska.

In May 2017, during one visit, she suffered massive blood clot, or thrombosis, in her artery, which blocked blood to her brain, according to Fox News.

Radiologist Toby Williams told an inquest into her death that there wasn’t anything “left to loose” by doing a risky thrombectomy, according to the Mirror. “We have treat­­ed thrombosis like this before with success,” he said.

She suffered a ruptured artery during surgery and died two days later at Salford Royal Hospital.

Gary Frazier, 37, is not eligible for parole until 2024. He shot two people, killing one, during a fight when he was 19 years old.

“It felt like I’d known him forever, we just talked and talked,” Kay Frazier told The Sun in 2014, recounting her first visit to the prison.

“I feel safer with him than any other person,” she said.