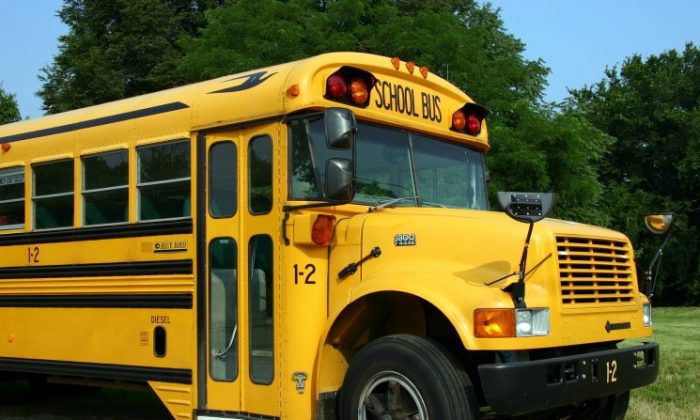 A grandfather from Yazoo City, Mississippi, was shocked to learn that it took an elementary school three days to inform him about a suicide note written by his grandson at school.

McDaniel Gatson, the boy’s grandfather and guardian, said a teacher at McCoy Elementary School found the note on Monday, Dec. 11, reported MS News. He was only informed about it on Wednesday, Dec. 13.

“Three days from him, we hadn’t heard about our grandson writing a suicide letter,” Gatson told the news station.

The boy’s grandfather said he had gone to the school to speak to the school principal, Dr. Chano, about another incident where his grandson, 10, was kicked in the groin at school and threatened with murder. That’s when he was told about the letter.

Gatson was outraged that the school delayed telling him about the suicide note. His grandson had written that he would kill himself if the bullying didn’t stop. Gatson then asked the principal why he wasn’t informed immediately about it.

“He said, ‘We was testing Tuesday.’ Okay. You take testing over a life? It could have been a conversation about burying my grandson,” Gatson said.

Gaston said he wanted people to be aware of the bullying problem at the school.

Yazoo City School District Superintendent Darron Edwards said they are currently investigating the incident and will take administrative action if what Gatson said is true, reported the news station.

The school district’s police chief also said when a bullying form is filled out, authorities will hold a conference with the parents of all the parties involved and the children are given a warning about the bullying. If it continues, criminal charges could be filed.

A Connection Between Bullying and Suicide

According to a study conducted in 2008 by the Yale School of Medicine, there is an apparent connection between being bullied and suicide in children.

“While there is no definitive evidence that bullying makes kids more likely to kill themselves, now that we see there’s a likely association, we can act on it and try to prevent it,” said Young-Shin Kim, an assistant professor at Yale School of Medicine’s Child Study Center.

The research analyzed 37 studies that examined bullying and suicide among children and adolescents the United States, Canada, several European countries (including the United Kingdom and Germany), South Korea, Japan, and South Africa.

Some of the studies found bullying victims were two to nine times more likely to report suicidal thoughts than other children.

The U.S. Department of Health and Human Services website, Stopbullying.gov, said most youths who have been bullied do not entertain thoughts of suicide or engage in suicidal behavior.

“Although kids who are bullied are at risk of suicide, bullying alone is not the cause. Many issues contribute to suicide risk, including depression, problems at home, and trauma history,” the website reads. “This risk can be increased further when these kids are not supported by parents, peers, and schools.”