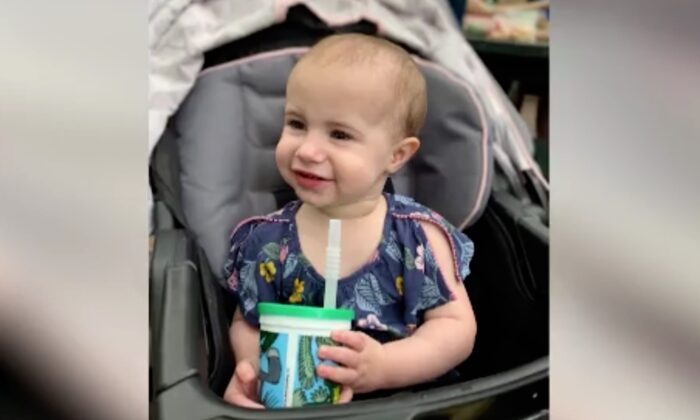 Royal Caribbean said a northern Indiana man knew that a cruise ship window was open before he picked up his granddaughter, lost his grip, and dropped her to her death in July.

The family of Chloe Wiegand, who was 18 months old when she died, has sued the cruise operator, alleging the company should have placed warning signs in front of the open window. The girl fell about 150 feet on a docked Royal Caribbean Cruise ship in July in San Juan, Puerto Rico.

However, the firm said in new court documents that Salvatore Anello, the girl’s step-grandfather, knew the window was open and said he leaned his upper body out that window before he picked up Chloe, WANE-TV reported. Royal Caribbean filed a motion asking the federal court in the Southern District of Florida to dismiss the family’s suit.

“This is not a case of an unknowing child approaching an open window and falling out because the window was defective or improperly positioned. Rather, this is a case about an adult man, Chloe’s step-grandfather who, as surveillance footage unquestionably confirms: (1) walked up to a window he was aware was open; (2) leaned his upper body out the window for several seconds; (3) reached down and picked up Chloe; and (4) then held her by and out of the open window for thirty-four seconds before he lost his grip and dropped Chloe out of the window,” the court motion said.

A family lawyer for Wiegand’s parents, Michael A. Winkleman, told The Epoch Times that the firm’s motion to dismiss the case is “baseless and deceptive.”

In response, the family is seeking to ask the court to force Royal Caribbean to release all surveillance video footage relevant to the case, he added.

Royal Caribbean said in court that it included photos that purport to show Anello leaning out the window through which the girl fell moments later.

“When he arrives at the open window, and while Chloe is on the floor, Mr. Anello leans his upper-torso over the wooden railing and out of the window frame for approximately eight seconds,” Royal Caribbean wrote in court, NBC News reported. “Because Mr. Anello had himself leaned out the window, he was well aware that the window is open.”

A lawyer for the Wiegand family has not responded to a request for comment.

Other than the lawsuit filed by Wiegand’s family and the Royal Caribbean counter-claim, Puerto Rican prosecutors have charged Anello with negligent homicide for the child’s death. He was arrested in October of last year before he was released on bond.

Anello and the girl’s parents have both denied the charges in news reports.

“They are confused as to why the focus is on Sal when the bigger question is why Royal Caribbean wasn’t following the standards for the windows that are designed specifically to prevent a child from falling,” Winkleman told The New York Times in October.