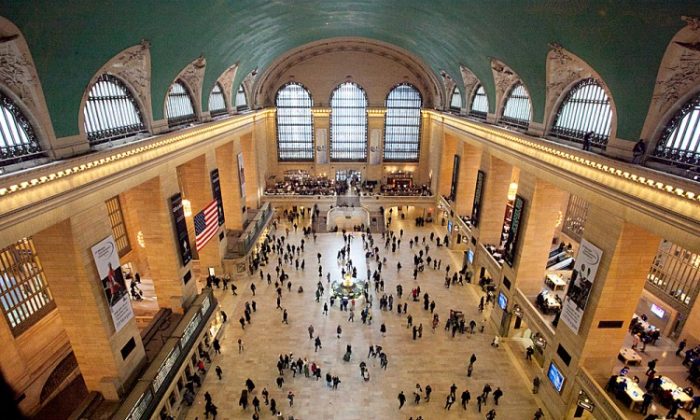 The “hidden” 1920s-style bar in New York City’s Grand Central Terminal will be open this Christmas.

The Campbell Apartment is a small cocktail lounge hidden in the space.

It was originally an office space and entertainment area for railroad tycoon John Campbell, but fell into disrepair following his death in 1957.

The room was later restored and opened in 1999 as the bar.

Spoiled NYC says that the space will be open on December 25 for those interested.

Do you know about the history hidden in Grand Central Terminal? Visit the Campbell Apartment to be transported to the prohibition era.

Visitors should be wearing the proper attire (no caps, t-shirts, or sneakers) and be ready to drink the special drink “Prohibition Punch.”

Be prepared for a sighting of Campbell’s ghost, though.

After claims that the ghost was spotted, the Eastern Paranormal Investigation Center checked it out and confirmed that it’s haunted.

“Some customers and staff have pointed out eerie incidents that have taken place at the cocktail lounge, such as unexplained gusts of cold air, taps from behind without anyone in sight, sounds of an organ playing, and doors mysteriously shutting on their own,” a representative told Gothamist.

To find the cocktail lounge, enter Grand Central off the Vanderbilt Avenue entrance. The hours are 12 p.m. to 1 a.m. every day but Sunday, when they close at midnight.