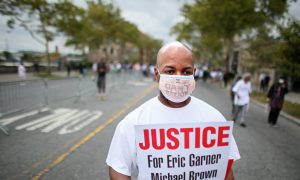 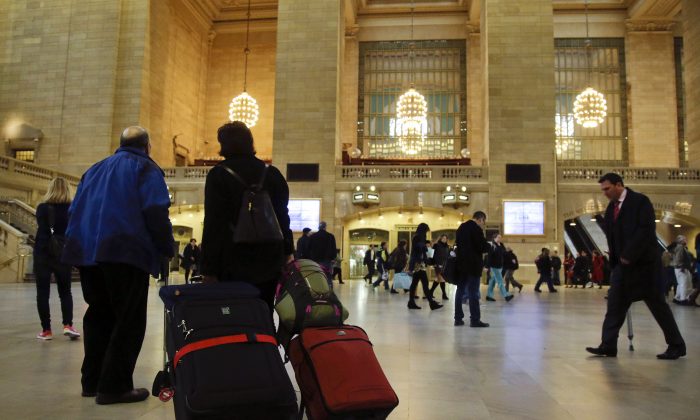 Here's a list of what's open and closed, and the hours for retailers like Walmart, Target, Best Buy, and Costco on Thanksgiving. John Eresian, left, of Exeter, N.H. and his daughter from San Francisco make their way through Grand Central Terminal to catch a train to Connecticut for the Thanksgiving holiday, Tuesday, Nov. 25, 2014, in New York. Some Thanksgiving travelers along the East Coast were heading out early because of a forecast calling for a nor'easter that will bring rain and snow. (AP Photo/Julie Jacobson)
Life & Tradition

Protesters have amassed on the West Side Highway on Wednesday night following a grand jury’s decision not to return an indictment on a Staten Island police officer who killed a man, Eric Garner, several months earlier.

The son of Garner, Eric Snipes, told the NY Daily News that there woudn’t be any Ferguson-like riots in New York City. “I’d tell them to go to the video and see what the officer did, and believe that what he did was a crime,” he said. “I want him to get indicted.”

More photos of protesters on West Side Highway #EricGarner pic.twitter.com/AR2zVexkP5

NYPD officers have blocked off protesters trying to walk down Manhattan’s West Side Highway #EricGarner pic.twitter.com/lhrtD020wp

Protesters are lying down in Grand Central Terminal as police circle. No train traffic blocked yet #EricGarner pic.twitter.com/MATPcngzeB