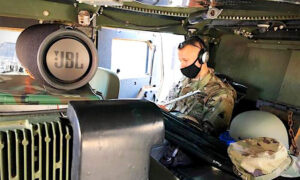 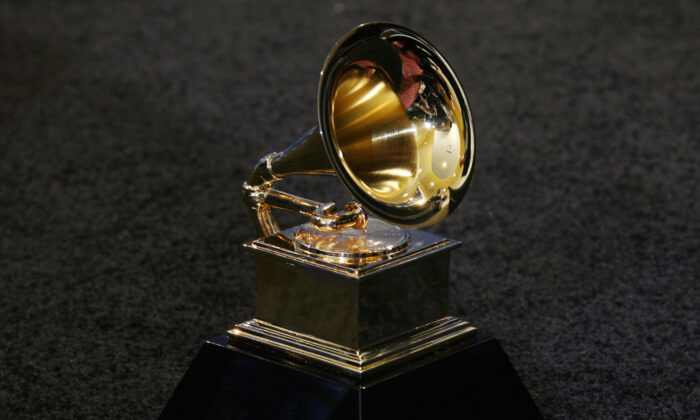 The trophy of the Grammy Awards in Los Angeles on Feb. 11, 2007. (Gabriel Bouys via Getty Images)
Entertainment News

Grammy Awards Viewership Lowest Ever Amid Criticism Over Vulgarity

Initial data shows that the 2021 Grammy Awards could have had the worst viewership in its history.

Variety reported that the show only got a 2.1 rating in adults aged 18 to 49, the key demographic.

During the 8 p.m. broadcast on Sunday, the awards ceremony reached 8.8 million viewers, according to Nielsen data.

Last year, the data showed that “Music’s Biggest Night” garnered a 5.4 rating in the key demographic, with 18.7 million viewers.

The ceremony has been criticized for vulgarity during the Cardi B and Megan Thee Stallion act, in which the two semi-naked entertainers portrayed sexually explicit movements.

Conservative personality Charlie Kirk called the performance “disgusting” and questioned if it was appropriate compared to Dr. Seuss’s books for children that have been banned recently for alleged racism.

“The left is fine with the disgusting performance Cardi B just gave at the Grammys but Dr. Seuss is too dangerous for our children?” Kirk wrote.

Cardi B and Dua Lipa were also blasted for what numerous viewers considered to be lip-syncing during their performances.

“If you’re gonna lip-sync, can you make it more convincing, diva?” wrote one Twitter user to Cardi B.

“At least practice your lip-syncing if you’re not gonna sing live,” said another Twitter user to Dua Lipa.

Other celebrities were also criticized for violating mask mandates.

“There’s a mask mandate in Los Angeles where violations can carry a $1,000 fine or 6 months in jail but apparently COVID isn’t a concern if you’re a celebrity at the #Grammys,” wrote Robby Starbuck, a director and producer who is running for Congress.

“Celeb parties are no big deal but have a family party in LA and the mayor can turn off your power.”

Despite Los Angeles being under a mask mandate, maskless Grammy attendees took pictures with each other on the red carpet.

“I’m confused. Beyonce is wearing a mask at the table but then she doesn’t wear a mask when she gives her speech,” wrote a Twitter user. “What is the point of wearing a mask if they’re going to take it off when they’re giving a speech standing next to other people?”

During award receptions, some artists also appeared on stage without masks as they hugged each other.

“It’s time we demand the freedom that this land promises. President Biden, we demand justice, equity, policy, and everything else that freedom encompasses, and to accomplish this, we don’t need allies. We need accomplices,” Mallory said.