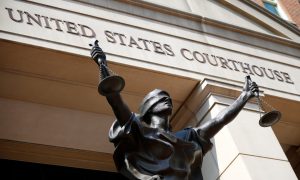 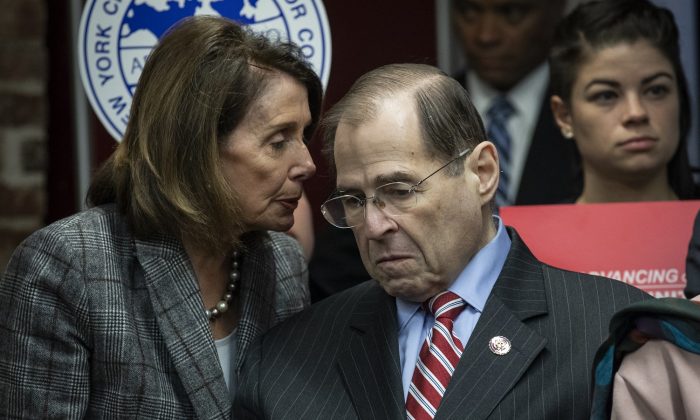 “If you keep going after [special counsel Robert] Mueller spoke, people are going to think that you’re just out to get [President Donald Trump], that there is no right answer other than Donald Trump must be removed from office, and you will probably suffer the same fate we did as having gone too far,” Graham told reporters during a March 25 news conference.

Democrats gained five House seats in the 1998 congressional contests, which came during the sixth year of the Clinton administration.

Graham, who was a member of the House Republican impeachment team 21 years ago, responded to a reporter who asked for Graham’s advice to House Democrats who are considering continuing multiple investigations of Trump.

The main focus of those probes concerns whether Trump or members of his 2016 campaign colluded with Russia to defeat former Secretary of State Hillary Clinton in the presidential election and whether the chief executive or subordinates obstructed justice in dealing with Mueller’s probe.

Mueller found “no evidence of collusion” by Trump or his campaign staff with Russia in 2016.

House Select Committee on Intelligence Chairman Adam Schiff (D-Calif.) said on March 24 that his panel’s probe continues, based on his belief there is “compelling evidence of collusion” by Trump despite Mueller’s failure to find such evidence. House Judiciary Committee Chairman Jerome Nadler (D-N.Y.) vowed to do so, as well.

Other House committee investigations, including the Ways and Means panel’s demand for Trump’s tax returns, also continue. That panel is chaired by Rep. Richard Neal (D-Mass.).

Speaker of the House Nancy Pelosi (D-Calif.) has said, however, she will oppose impeachment efforts unless there is “something so compelling and overwhelming and bipartisan.”

Trump is far from out of the woods, however, because there are continuing investigations of numerous aspects of his business and political conduct, including by the Department of Justice’s Southern District of New York at the federal level and the New York Attorney General at the state level.

Public opinion has been trending in recent months against impeachment, with 36 percent favoring it and 59 percent opposing it, according to a March 20 CNN poll.

Democratic campaign strategists interviewed by The Epoch Times expect the investigations should and will go on, but they cautioned that their party’s leaders must keep a close eye on public opinion.

“Based on what Speaker Pelosi has previously said, I don’t expect to see impeachment hearings anytime soon, despite what I expect to be a push for them by some within the caucus,” said Jim Manley, former communications director for Senate Majority Leader Harry Reid.

“I don’t envy the job that Pelosi will have to do to juggle the competing demands within the caucus, but I am confident that she won’t let House Democrats overplay their hand,” Manley said.

Manley added that he expects Pelosi “to let the investigations play out in a disciplined and coordinated way,” even as she pushes House Democrats to focus on “passing their legislative agenda.”

Similarly, Jimmy Williams, a South Carolina-based Democratic campaign strategist who worked for Sen. Dick Durbin (D-Ill.) in 1998, said, “Democrats have to watch the mood of the country, but I don’t think they should stop.”

Williams said the 1998 Clinton investigation began “looking for land deals” and ended up at the Monica Lewinsky scandal, whereas the Trump probes are about far more serious matters.

“The investigations will go on about a myriad of matters,” Williams said. “The question is, how will they know if they’ve gone too far and what if they do find something else?”

The other governing factor, according to Williams: “Can the Democrats get out of their own way and let Donald Trump defeat himself in 2020?”

Republicans see a vastly different scenario when asked what happens now that the Mueller report is completed.

“If you only follow cable news or political twitter, you would think the country is in the midst of a nervous breakdown. It’s not,” Kevin Sheridan told The Epoch Times.

“Yet, Democrats cling to this narrative against their own long-term interests. If they can’t find a way back to talking about real issues that impact people’s lives, they will pay at the polls,” said Sheridan, who was a senior adviser to 2012 GOP presidential nominee Mitt Romney.

“Could 2020 look like 1998? Sure. Nancy Pelosi knows this, but will Schiff, Nadler and their presidential candidates heed the warning? No chance,” Sheridan predicted.