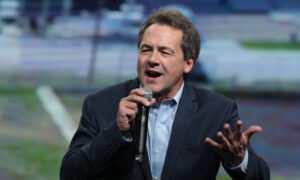 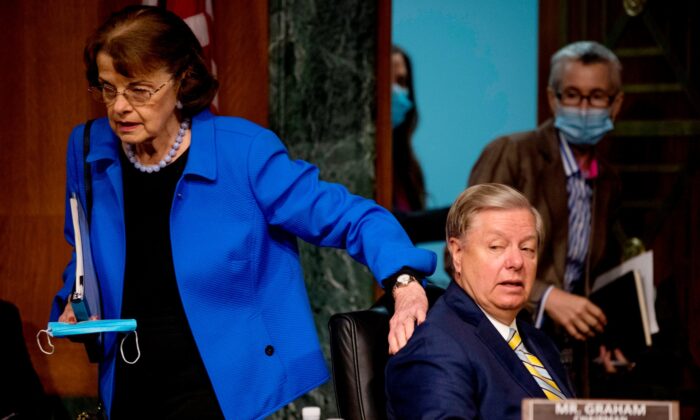 Graham Makes Plea With Democrats for Civility: ‘Going to Be a Long Contentious Week’

Graham, the chairman of the Senate Judiciary Committee, went over the Senate’s schedule to confirm Barrett and advance her to the Supreme Court before the Nov. 3 election.

Democrats in the Senate have said they will try to delay the process by several means, while arguing that the winner of the Nov. 3 presidential election should be the one who decides Barrett’s confirmation.

“My Democratic colleagues will say, ‘This has never been done,’” Graham said in his opening remarks, countering: “The Senate is doing its duty, constitutionally.” Graham noted there have been 19 justices confirmed in an election year, with 17 of them being confirmed when the White House and Senate had party alignment.

“This is going to be a long contentious week,” Graham said. “Let’s make it respectful, let’s make it challenging, let’s remember the world is watching.”

“In my view, the person appearing before this committee is in a category of excellence,” Graham said of Barrett, adding she’s someone “the country should be proud of.”

Graham was likely referring to the 2018 hearing for Kavanaugh, which were marred by interruptions, unsubstantiated sexual assault allegations, and strange behavior from senators.

Sen. Dianne Feinstein (D-Calif.), the ranking member on the panel, said they will attempt to focus on Barrett’s stance on key issues including the Affordable Care Act.

“We will examine the consequences,” of her potential rulings, Feinstein said, while adding that “the president has promised to appoint justices who will vote to dismantle that law.”

“This well could mean that if Judge Barrett is confirmed, Americans stand to lose the benefits that the ACA provides,” Feinstein continued. “More than 130 million Americans with pre-existing conditions … could be denied coverage or charged more to obtain health insurance.”

The hearings for Barrett come as some Democrats have suggested they would “pack the court” with extra justices if Barrett’s confirmation goes through. Democratic presidential nominee Joe Biden and Sen. Kamala Harris (D-Calif.), his choice for vice president, have remained mum on packing the courts.

“Lately the left is threatening to pack the Supreme Court in retaliation for this confirmation process,” Sen. Chuck Grassley (R-Iowa) stated in his Monday opening statement. “Even the Democrats’ nominee for president and vice president have not ruled out such blatantly partisan policy grabs. Republicans are following the Constitution and the precedent—it seems Democrats would rather just ignore both.”