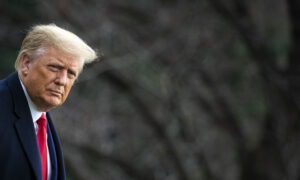 Trump: 'I Have Nothing to Do With' Potential Prosecution of Hunter Biden
0
Share Now
FacebookTweetParlerEmail
Copy Link 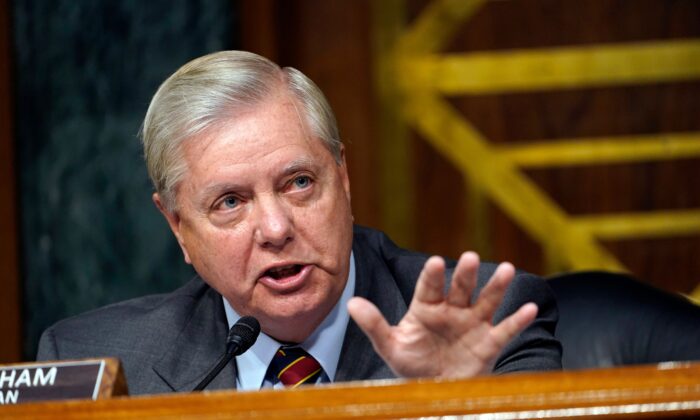 A top senator on Monday said he sees a need for Hunter Biden’s dealings with foreign countries, including China, to be probed after Attorney General William Barr told reporters he doesn’t have plans to appoint a special counsel to investigate Biden.

“With all due respect to Attorney General Barr: My concern is the scope of the Delaware investigation is limited to tax fraud and will not be a thorough review of Hunter Biden’s extensive business dealings with foreign nations,” Senate Judiciary Chairman Lindsey Graham (R-S.C.) said in response.

“The question for the country is: to what extent did Hunter Biden and his family have problematic business dealings with China, Russia, and other nations which could impact the Biden administration’s foreign policy?” he continued.

“Some investigative body needs to take a broader view beyond the tax issue.”

Democratic presidential nominee Joe Biden’s team on Dec. 9 released statements from both Bidens. In his, Hunter Biden said he’d just learned he was under investigation by the U.S. Attorney’s office in Delaware.

The office has said it doesn’t comment on ongoing investigations.

Hunter Biden said he was being probed for his “tax affairs.”

Hunter Biden conducted business in China, Ukraine, and other countries while his father was vice president from 2009 to 2017.

Joe Biden has said little about the probe. In his first on-air interview after the existence of the investigation was disclosed, he said opponents are using it “to get to me.”

Republicans want a special counsel appointed to insulate the probe from a potential Biden administration.

“I have concern now that this investigation will be squashed,” Rep. Devin Nunes (R-Calif.), the ranking member of the House Intelligence Committee, recently said on Fox.

Democrats have shown little interest in a special counsel, a view shared by Barr.

“To this point, I have not seen a reason to appoint a special counsel and I have no plan to do so before I leave,” Barr, who is set to leave office this week, said at an unrelated press conference in Washington.

President Donald Trump has accused Barr of interfering in the election by not sharing publicly that Joe Biden’s son was being probed.

Barr defended himself last week, saying that doing so would have violated a Department of Justice rule that protects candidates and people in their orbits from the government.

Hunter Biden’s lawyer has not responded to requests for comment. Senators said on Dec. 12 that lawyers for him and Joe Biden’s brother, James Biden, are refusing to cooperate with their oversight efforts.