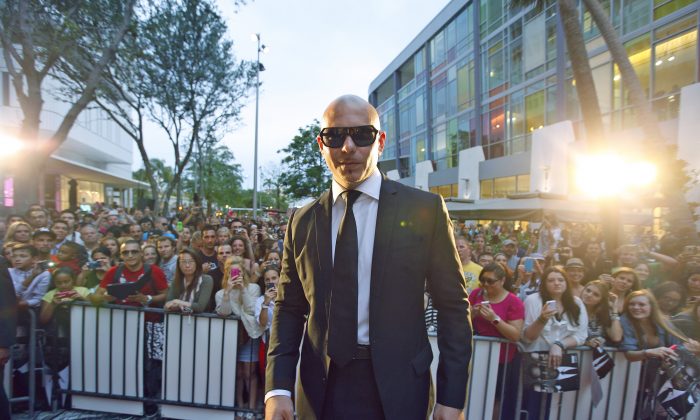 Rapper Pitbull arrives for the red carpet screening of "Men in Black 3" in Miami, Florida, on May 17, 2012. (Alexia Fodere/AFP/GettyImages)
Politics

TALLAHASSEE, Fla.—Florida Gov. Rick Scott wants the head of the state’s tourism marketing agency to step down after the agency refused to publicly disclose it paid rapper Pitbull $1 million to promote the state.

Scott made the request Friday in a letter to Visit Florida’s board. The governor is also asking Visit Florida to begin publishing its spending, contracts, salaries, audits and other financial information.

The requests come after Visit Florida refused to make public its contract with Pitbull, who recorded a video of the song “Sexy Beaches” to promote Florida.

House Speaker Richard Corcoran sued this week to have the contract released, and Pitbull — not Visit Florida — made it public two days later.

Scott said it is ridiculous that Visit Florida wasn’t transparent about its spending.